Swearing-in ceremonies are a big deal for new police K9s. At least, they should be. All the humans who attend these events think it’s a serious occasion, but for the dog that’s being recognized, it’s just a normal day off work.
For K9 Ghost at the Glynn County Police Department in Georgia, his swearing-in ceremony was all fun and games for him. Instead of closely listening to everything he agreed to, he just wanted to play! A viral video of the ceremony stole the hearts of humans all over the world.
Facebook
K9 Enjoys Ceremony a Little Too Much!
A Belgian Malinois named K9 Ghost recently completed his police dog training. He spent months learning skills at Highland Canine Training, LLC in North Carolina before training with his human partner, Officer Garza. The human and dog duo learned to work together as a team.
Now, K9 Ghost is an official member of the Glynn County Police Department. To honor his training completion, the department held a swearing-in ceremony for him. However, Ghost didn’t take it as seriously as he should have.
Facebook
In a video of the ceremony, Chief of Police Battiste kneeled down next to the dog and recited the pledge. He asked the dog to repeat after him, but of course, Ghost couldn’t do that. Instead, he sniffed the paperwork to investigate, and then he entered play mode. As Battiste continued to read the paper, Ghost tried to play with him by jumping up on him, nibbling on his fingers, and requesting belly rubs.
RELATED: German Shepherd Gets Bored of Police Dog Training, Makes Everyone Laugh Instead!
At the end of the ceremony, Battiste asked Ghost to bark if he understood the oath, but Ghost kept playing instead. So, a dog in the audience barked on Ghost’s behalf. Even though Ghost was distracted the whole ceremony, the officers laughed at his antics. After all, it’s hard not to find the adorable pup amusing.
Facebook
Viewers Had a Lot to Say
Ghost wasn’t in “work mode” during the ceremony, so that’s why the officers happily let him play. However, the video gained a lot of mixed reviews, with some people concerned that he was stressed or not trained enough. But Ghost went through all the necessary training, so he deserves a chance to relax and be silly. His actions during the ceremony aren’t how he’ll behave on the job.
Luckily, most people found the video amusing and endearing. It’s heartwarming to see that even the toughest and most intelligent dogs have regular puppy energy too.
Facebook
Congratulations, Ghost! Thank you for your service, and for entertaining thousands of humans on the internet!
Watch the Ceremony Here: 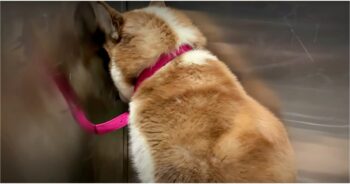 Trauma, whether physical or emotional (or both), is difficult to overcome for a rescued animal. Rehabilitating traumatized dogs so they may live a normal existence is the goal of rescuers, medical personnel, and fosters. Some dogs have it easier than others, though. Lilac spent her days on the streets, gliding around an elementary school. When Hope For Paws stepped in to save her, they saw firsthand how terrified she was. As they fed her and then captured her, she fought … Read more

The post Traumatized Husky Hid Deep In Corner, Then ‘Her Person’ Walked In appeared first on iHeartDogs.com.

With over 6,400 stores, AutoZone is the place you might head when you need car parts and accessories–but is AutoZone dog friendly? (And don’t forget: you might not PLAN on heading to AutoZone but find yourself have a car issue when out with your dog.) Unless restricted by municipal regulations (or a manager’s preferences), most … 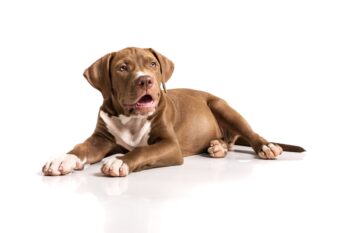 iHeartDogs is reader-supported. When you buy via links on our site, we may earn an affiliate commission at no extra cost to you. Feeding your Pit Bull the best fresh dog food can have a big impact on their overall health. There are so many brands out there, but many Pit Bull parents are wary of the processed ingredients used in them. Have you ever considered making homemade food for your Pit Bull but didn’t have enough time or knowledge … Read more 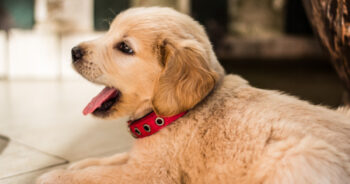