It turns out that elephants aren’t the only large animals with exceptional memory. Panda, a Palomino Paint horse, not only has a propensity for escaping but continues to disappear and dash off to see the same group of friends he made at a dementia care unit.
If anything, it’s proof that horses, or at least this one, have an amazing memory and an ample appetite for carrots.
Instagram
It was during the pandemic that Maija, Panda’s mom, took him to spend some time visiting residents at a long-term care facility. The entire dementia unit absolutely adored him, and they were sure to feed him tons of carrots. But his new friends must have made quite the impression on him. Or, at least they had gotten their hands on some super tasty carrots.
Interestingly, horses are extremely aware and have an excellent long-term memory. They can recognize faces, even after a lengthy separation, and pick-up on our emotional cues. They will even recognize places they’ve previously been, even if they were trailered while traveling to get there. And, they will become anxious if they’re in an area where something traumatic has happened to them in the past.
So it should come as no surprise that seven-year-old Panda remembered exactly where his new friends lived, and figured-out a way to get there. The escape artist has taken two unsupervised trips back to see them. And his mom had to wrangle him up and ride him back home again. As you can imagine, the gorgeous, goofy horse became the talk of the town, after that.
“The very first time, he opened his own gate that went into my backyard, down the driveway out onto the road. He follows the footpath, which is quite polite,” said his Mom.
Maija posted a video to her Instagram of her riding Panda back home after his second escape, and her followers were extremely amused. Many commenters even suggested that he may be interested in becoming a therapy horse. Everyone was wondering why he wanted to escape, when it dawned on them. He was chasing more than just camaraderie. Panda was in pursuit of crunchy carrots.
Instagram
I guess dogs and cats aren’t our only four-legged friends who can be extremely food-motivated. Or perhaps he was attempting to answer a divine calling. Either way, his mischief is pretty adorable. Well, if you aren’t the one having to wrangle him home.
If you want to keep-up with Panda and see if he gets into any more shenanigans, you can follow him on his and his mom’s Instagram page.
Featured image: Instagram
The post Houdini Horse Escapes Paddock To Procure Carrots From His Elderly Friends appeared first on iHeartDogs.com. 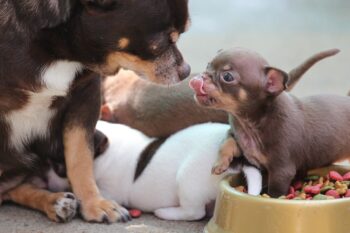 Dealing with your Chihuahua’s food allergies can be beyond frustrating! We asked our 800,000 members Chihuahua community on facebook the following question: “Those of you with Chihuahua who have allergies…. what food do you use and why?” We received hundreds of replies, and summarized the top 20 responses here. As always, be sure to consult your veterinarian before making any health changes to your Chihuahua’s diet. iHeartDogs is reader supported, so some of the links below may be affiliate links where … Read more

The post 20 Best Foods for Chihuahuas with Allergies appeared first on iHeartDogs.com.

Sharing a treat with your pup — what could be a better on a hot summer day? Find a dog friendly ice cream shop near you, and let the fun begin!   Who doesn’t love ice cream?! Even dogs…

The post Havanese by dogedit appeared first on Dogster. Copying over entire articles infringes on copyright laws. You may not be aware of it, but all of these articles were assigned, contracted and paid for, so they aren’t considered public domain. However, we appreciate that you like the article and would love it if you continued sharing just the first paragraph of an article, then linking out to the rest of the piece on Dogster.com.

Quick Facts Weight: 7 – 14 pounds Height: 8.5 – 10.5 inches The Look of a Havanese The Havanese has a small, sturdy frame—slightly longer than tall—covered in a long, silky coat. Its slightly rounded head has a short rectangular muzzle, square nose, black lips and high-set, hanging ears that are mostly covered in hair. …

The post Havanese by dogedit appeared first on Dogster. Copying over entire articles infringes on copyright laws. You may not be aware of it, but all of these articles were assigned, contracted and paid for, so they aren’t considered public domain. However, we appreciate that you like the article and would love it if you continued sharing just the first paragraph of an article, then linking out to the rest of the piece on Dogster.com. 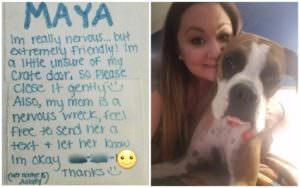 United Airlines has been all over the news this week, but one dog mom is forever grateful for a particular employee who eased her worries as her family took a flight overseas. Ashley Cervantes, a military wife, was traveling from Texas to Hawaii because her husband was being relocated. They refused to take the trip without their beloved Boxer, Maya. The pup is too big to be allowed a ticket with the passengers on the airplane, so there was only … Read more

Did you set New Year’s Resolutions for 2023? If you did and you happen to be a pet parent, you’re in luck! One of the benefits of being a pet parent is that your pets can be a great source of motivation – and inspiration – to stick to your goals. Let’s take a look […]

The post How Being A Pet Parent Will Help You Keep Your New Year’s Resolutions appeared first on Freshpet. 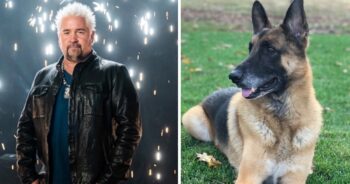 Guy Fieri, a celebrity chef who is well-known for appearing in many popular shows on the Food Network (including Diners, Drive-ins & Dives and Guy’s Grocery Games), has taken to Twitter to share some super sad family news.  On Saturday, January 22nd, the day before his birthday, the long-time animal lover and doggie dad publicly announced that his canine, Cowboy, had died.  Anyone who has had the honor of bonding with an incredible canine companion can empathize with him and … Read more

The post Guy Fieri Shared The Sad News That His Canine, Cowboy, Has Died appeared first on iHeartDogs.com.