When a Golden Retriever and a Rodeshian Ridgeback in neighboring houses fell in love, not even a fence could keep them apart. The pair of pups visited each other every single day, and even shared and exchanged toys across the divide.
So after this went on for a while, their families finally decided to arrange some “fence-free” playdates, and their friendship is simply the sweetest to see.
Instagram
How It All Started
Pax’s parents started to notice a pattern. Every time they let their sweet boy outside, he would head straight for a specific spot along their fenceline. That’s where he would stand so he could longingly stare at their neighbor’s back door. Why? Because that’s where he would wait for the girl next door.
Even their neighbors started to notice Pax’s preoccupation with their pup. They often spotted him searching for Penny, and they would even send Pax’s parents pictures of him gazing into their yard. Luckily for the love sick pup, the feelings were mutual. Penny, the Ridgeback next door, also had an affinity for the gorgeous Golden Retriever.
Instagram
In fact, Pax is one of the only reasons Penny was willing to face her fear of snow. After the pups’ backyards were blanketed with quite a few inches of snow, Penny and Pax were separated for a whole week. She was simply too scared to scamper out in the snow. But it wasn’t long before love won over fear. Once a path was shoveled, and she saw Pax’s pretty face waiting for her, Penny was finally willing to dash out into the snow to say hello to her best friend.
Soon after that, the pair was back to greeting each other every morning, and sharing toys across the fence. So the next step was naturally to arrange some “official” playdates for the pups, without a fence between them. And they went exactly as well as their parents had hoped!
“They just get along so well, that we felt like we couldn’t keep them apart,” said Pax’s mom.
YouTube
They covered each other in kisses, were matched with their play style, and it was obvious they both loved each other very much. It was a match made in puppy heaven, and it’s one of the best love stories we’ve ever seen.
You can check-out the heartwarming video of their love story, below. And, if you can’t get enough of this cute canine couple, you can keep-up with them via Pax’s Instagram Page. 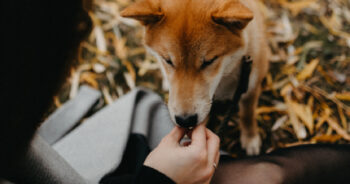 iHeartDogs is reader-supported. When you buy via links on our site, we may earn an affiliate commission at no extra cost to you. If your dog doesn’t take their pills without a fuss, our list of the best pill pockets for dogs will save you and your pup a heap of trouble. After all, dogs are far more apt to eat a yummy snack than a pill, so a tasty pill pocket or paste can be the tricky trick you … Read more 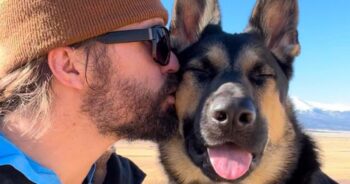 As the parents of rescue animals, we often ask ourselves, who rescued who? Because the addition of a furry best friend can have monumental effects on our lives, while also saving an incredible animal from living life in a shelter or on the streets.  So, when it comes to the story of Skot and Biggie, each of them has absolutely taken a turn doing the saving. It was shortly after Skot had lost his canine companion, when he was out … Read more

The post No One Wanted This Puppy, But Once He Was Chosen He Saved His Rescuer’s Life appeared first on iHeartDogs.com. 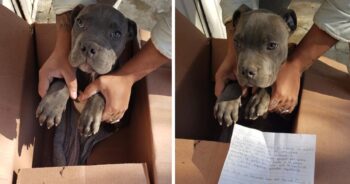 All pet parents know exactly how much our animals mean to us—so choosing to give up a dog that you adore is probably an absolutely heartbreaking experience.  But a 12 year-old-boy, who was painfully aware of the abuse his dog was suffering at home, acted out of true love and did everything he could to help his sweet pup find a happier life. Despite loving him so much, and considering him his best friend, a young boy named Andrés was … Read more