The days spent in a shelter are often overlooked, with the long and sorrowful ones of a pup in mind. These responsibilities are basic, and they can’t compare to love or care. Not to mention the terrible fate that may befall them if they aren’t adopted into a household. This is an issue that occurs far too often at high-kill facilities. So, what happens when an unwanted shelter dog is adopted into a family and learns that its existence will soon take a turn for the worse?


Much has been discussed on the impact of adoption, but seeing it for yourself goes beyond explanation. Such is the case with Benny, a sweet and shy shelter dog who was adopted from the high-kill Carson Animal Care Center in Gardena, California. Basically, Benny was on death row when he was finally adopted. So how did he react?

At first, you can see Benny busting at the seams with anticipation. He’s trying to keep it together as he looks around, sitting as still as he possibly can, while he waits to see if this will be his family. But you can totally tell he’s freaking out on the inside. I could imagine a dialogue like, “Are they mine, am I theirs, is this it?”

He’s really trying to keep it together. Just watching his anticipation basically had me balling. And then it happens, the red leash of ever after is presented and Benny bursts with excitement as he meets his new family! An instant bond is made as he is led by his new family to their car.

To learn about adopting a pet like Benny, or to find out other ways you can help, visit your local animal shelter. Lots of animals need forever homes!

Please ‘SHARE’ this story with a friend or family member!
The post Death Row Dog ‘Freaks Out’ When He Realizes He’s Being Adopted Into a New Loving Family appeared first on iHeartDogs.com. 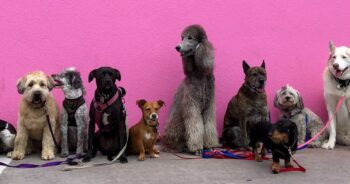 The Labrador Retriever has been America’s number one most-popular dog breed since 1991. Despite their 30+ year reign, Labs are not the United States’ most searched breed on Google. That honor goes to their shorter, stubbier cousin, the Bulldog. In fact, despite their prevalence as pets, Labs are only the fourth most Google-researched breed by American dog lovers. What are the top 10 most searched dog breeds in the country? And which breed is top-of-mind for Googlers in each state? … Read more

Dogs have moods, just like humans. We’ll show you how reading dog emotion signs builds relationships with our furry friends. 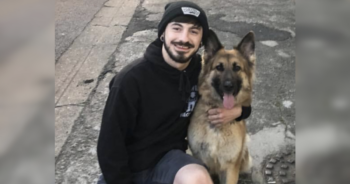 23-year-old Nicholas Degraff always wanted a German Shepherd, so in 2018, he brought home Leah. The beautiful dog quickly bonded with her human, and they spent a lot of time together. But in December 2021, Degraff went missing. He was last seen walking Leah in Great Clifton, England. After that, no one heard from him, and his social media was inactive. No one knew what happened to Degraff, but when officials found Leah alone on the edge of a river, … Read more

The post Devoted Dog Is The Only Witness To Her Human’s Mysterious Death appeared first on iHeartDogs.com.

Want to take a vacation, but don’t want to deal with the hassle of flying? Why not plan a road trip? The best part about road trips is that it’s easy for your pup to join as your co-pilot. If you’re still deciding where you want to go, take a look at our list of […] 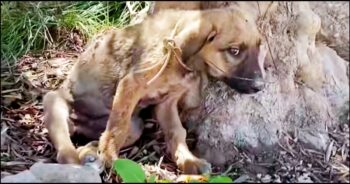 A pup no older than six months was found trembling and alone, tied to a large oak in the park. As soon as Dev Naz received notice, he ran over to assess the situation himself. The thin wire cut deep into his neck, constricting any movement. It’s unfathomable how someone could be so mercilessly careless. Source and Image Screenshot: dev naz via YouTube   When Dev freed the puppy from its binds, he was worried that it may have been … Read more

The post Confused Puppy Pelted By Tiny Bullets & Tied Up With Wire, Felt It’s All His Fault appeared first on iHeartDogs.com.