The post Best Dog Names for 2023 by Jessica Peralta appeared first on Dogster. Copying over entire articles infringes on copyright laws. You may not be aware of it, but all of these articles were assigned, contracted and paid for, so they aren’t considered public domain. However, we appreciate that you like the article and would love it if you continued sharing just the first paragraph of an article, then linking out to the rest of the piece on Dogster.com.
Picking your pup’s name is a fun part of bringing home a new pet. The best male dog names and best female dog names depend on many factors — from personal tastes to a dog’s individual personality.
Though there are many possible sources of dog names, pop culture is currently a heavy influencer for pet parents — and 2023 should see no big changes in that trend.
Stacie Grissom, director of content at BARK, which launched BarkBox in 2012, a monthly themed subscription of toys and treats, says she thinks we’ll continue to see dog names inspired by pop culture. She says that pet parents tend to prefer naming their dogs after protagonists, or misunderstood characters, as opposed to villains. BARK has served more than 6.5 million dogs since its launch, which is the foundation of their database on which they base their name forecasting.
Popular Dog Names for 2023
Stacie says since we’ll continue to see dog names inspired by pop culture moments, she anticipates these will be popular in 2023 because of upcoming show and film releases:

Nori, Galadriel and Finrod from Amazon’s “The Rings of Power” — a new “Lord of the Rings” series
Maverick as a result of the release of “Top Gun: Maverick” in 2022
Ariel, Flounder, Sebastian and Ursula, coinciding with the release of “The Little Mermaid” in theaters in May 2023
Charlotte, Daphne and Simon because “Bridgerton” continues to be an influencer and the next season is expected for 2023
Tuk/Tuktirey and Kiri because of the re-release of “Avatar”
Gizmo because “Gremlins 3” is expected to release in 2023, and Gizmo is the top name for Shih Tzus, according to BARK’s dog breed data, released last summer.

Stacie says one of the big trends that they’re seeing is a lot of characters from recently popular TV and cinematic universes like Marvel, “Game of Thrones” or “Star Wars.”
“These cultural institutions have large followings of people who want to project their love of these fictional worlds to others so that they can talk about it with other people,” she says. “Since you can’t talk to your dog about the latest ‘House of the Dragon’ episode, we’ve found it’s a way to share your love and include your dog in all your favorite things. This continues to be a huge trend with more and more dog parents wanting to include their dogs in their human celebrations throughout the year.”
Inspiration for best female dog names
Stacie says that in the case of female dog names, there is a strong correlation today between the rising popular human baby names and dog names — especially when it comes to the two-syllable, easy-to-holler names like Luna, Nova and Bella.
“We don’t tend to see religion-inspired names, but we do see a lot of Greek god names like Athena, Atlas, Zeus and Apollo, and we expect this trend to continue into 2023.”
Erin Askeland, animal health and behavioral expert at Camp Bow Wow in Westminster, Colorado, which has a database of dog names from nearly 400,000 camper visits annually, says while it’s still a little early to predict, 2022 names can give some indication for 2023 popular dog names.
Erin says that in 2022, Luna beat Bella out for the top name of the year. Camp Bow Wow’s top 10 dog names for 2022 are:

Jenna Mahan, director of claims and registered veterinary technician at Embrace Pet Insurance, says that based on their large national database, the most popular pet name in the United States at the moment is indeed Luna, followed by Bella.
“Based on data from previous years, we found that some of the top names continue to show up year-to-year,” she says.
“Some of these names include Luna, Bella, Max, Daisy, Buddy and Rocky. We anticipate that most of these names will carry over into 2023 naming trends.”
She says some consistently popular female dog names are Luna, Bella and Stella. Though they are seeing a rise in female dogs named Lucy and Zoey. Max and Charlie are two names that take over the top male dog names, with names like Milo and Bear heard more and more.
Predicting dog name trends for 2023
Embrace has also found that pet parents are inspired by pop culture.
“Before the premiere of Marvel Studios’ television series ‘Loki’ in 2021, they found that there are over 800 insured pets with the name Loki and nearly 500 named Thor,” she says. “Other popular Marvel-inspired names included Groot, Stark, Hulk, Thanos, Wanda, Gamora, Hawkeye and Falcon.”
In 2021, Embrace analyzed holiday-inspired pet names and found that there are over 1,000 dogs named Buddy, after the holiday elf. Other popular holiday-inspired pet names include Ginger (600-plus), Cookie (430-plus), Holly (about 300) and Ivy (280-plus). Embrace also insures many pets with names inspired by pop culture and historical figures including: Albus Dumbledog and Khloe Korgidashian.
How to find the best dog name
Jenna says pet owners find name inspiration in everything from movies and TV to holidays and seasons.
“When naming your pet, think past their physical traits for more unique options,” she says. “Consider their personality, their preferences and more. While Oreo and Hershey are adorable names, there are likely other options that would stand out as cool or unique.”
She says one place to start is by considering you and your family’s interests, hobbies, passions, frequent travel destinations or favorite characters and then come up with some outside-the-box options. Don’t be afraid to mix and match influences.
“Take one Embraced pet, Lady Butterscotch First Duchess of Carbahill, for example,” she says. “Sometimes finding inspiration from multiple sources can make for the most memorable of names.”
Erin says there are some things to keep in mind when naming a dog.
“Since your dog’s name will be used for training purposes, short, two-syllable names are helpful for getting your dog’s attention,” she says. “Names that sound like commonly used words or cues can confuse your dog. For example, Shay is a cute name, but it could sound like ‘stay’ to a dog.”
She says names that end in vowels help dogs distinguish their own name from others because vowels change vocal tone, which is something dogs are highly attuned to with their acute hearing ability.
“Names ending with harder sounds, like Breck, can also be easier for a dog to distinguish from other words,” she says.
Stacie recommends thinking about your interests and choosing something you love, whether that’s nature, a specific TV show, a type of car or a character in a novel.
“I think it’s difficult to choose a name that absolutely no one else has chosen,” she says. “For example, I was surprised to see in our data that we have two customers whose dogs are named Butternut Squashington, but dog name data is fascinating to dig through as a signal of what humans value.”
Finding the best name for your dog
Ultimately the best name for your dog is one that works for you, your family and your dog. Think about how easy the name is for you and your family to say, as well as how clear it is for your dog to understand.
Pop culture references from movies and TV are great sources that may give you a jumping off point to create a more unique name for your pet. If you have a hobby like sports, that may help direct things too.
“When we drill into data at regional levels, we find dogs named after college coaches, mascots or NFL/NBA/NHL players,” says Stacie. “Overall, movies, books, TV and pop culture are the biggest macro influences on dog names.”
Even if your dog’s name isn’t the most unique, don’t sweat it as long as you and your dog are happy.
The post Best Dog Names for 2023 by Jessica Peralta appeared first on Dogster. Copying over entire articles infringes on copyright laws. You may not be aware of it, but all of these articles were assigned, contracted and paid for, so they aren’t considered public domain. However, we appreciate that you like the article and would love it if you continued sharing just the first paragraph of an article, then linking out to the rest of the piece on Dogster.com. 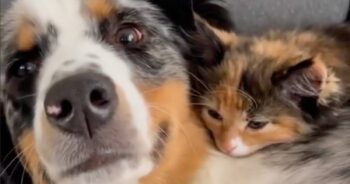 Nathan, a dog dad from Canada, originally created the Tik Tok account “Tales of Arlo” (@TalesOfArlo) to share videos of his Australian Shepherd puppy Arlo. While Arlo’s still the main focus, the account also features some of the kittens Nathan fosters. Several litters of foster kittens have come through this household at various times, but one video shows how Arlo really stepped up to look after a litter of orphaned cats. Little did he or his dad know, Arlo would … Read more

St. Francis of Assisi, the patron saint of animals and the environment, passed away on October 4, 1226. His message of mercy toward all creatures great and small lives on in the hearts of animal lovers around the globe on World Animal Day. When is World Animal Day? Since 1931, World Animal Day has been … 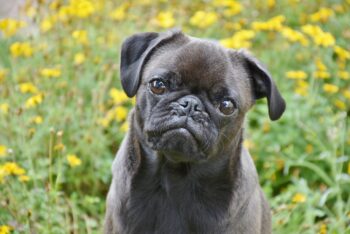 There’s nothing worse than watching your Pug suffers from itchy skin allergies. We asked our community of over 800,000 Pug owners the following question: What shampoo do you recommend for a Pug with itchy or sensitive skin? We’ve summarized the best responses below. Always remember to check with your veterinarian before making changes that affect your Pug’s health; 20 Best Hypoallergenic Shampoos for Pug’s with Itchy/Sensitive Skin We have tried changing dog food and the Vet did give our pug … Read more