The Labrador Retriever has been America’s number one most-popular dog breed since 1991. Despite their 30+ year reign, Labs are not the United States’ most searched breed on Google.
That honor goes to their shorter, stubbier cousin, the Bulldog. In fact, despite their prevalence as pets, Labs are only the fourth most Google-researched breed by American dog lovers.

What are the top 10 most searched dog breeds in the country? And which breed is top-of-mind for Googlers in each state?
USA Today reports:
“Based on Google search data compiled over the last five years, Bulldogs are the most-searched dog breed in the U.S. in all but 13 states: Alaska, Idaho, Kentucky, Maine, Minnesota, Montana, North Dakota, South Dakota, New Hampshire, Vermont, Washington, Wisconsin, and West Virginia. Those states favored three other breeds: Labrador Retriever, Siberian Husky, and German Shepherd.”
RELATED: The Official Dog Breeds of 12 U.S. States

Why Are “Bulldogs” So Popular?
Bulldogs dominate the canine Google searches in the United States, but is it all about aesthetics? Or perhaps their popularity in viral videos? While Americans love to Google the term “Bulldog,” the breed is only number six on the AKC’s 2021 list of most popular dog breeds, which ranks dogs based on owner registrations from the previous year.
Based on that same data, the Bulldog’s close cousin, the French Bulldog, is an impressive number two in the United States. Art expert Gary Bachman is writing a book on the Frenchie’s popularity in 19th century and modern art. As a French Bulldog dad himself, he says, “the breed appeals to people with sophisticated tastes,” and “their jovial personality is well-suited to city life.”
Frenchies are also extremely popular among celebrities, including Lady Gaga, Hugh Jackman, Madonna, Dwayne “The Rock” Johnson, and the late Carrie Fisher.

Could it be that American Googlers seek the French version of the Bulldog when they type in their search term?
Frenchies and their English cousins are undeniably adorable, intelligent, and entertaining, but before you go to Google to find your next pet, be sure to do your research. Bulldogs and other brachycephalic breeds are prone to a wide range of heartbreaking—and expensive—health problems. They are also some of the breeds most likely to be stolen.
The post Google’s Top 10 Most-Searched Dog Breeds In The U.S. appeared first on iHeartDogs.com.

Want to take a vacation, but don’t want to deal with the hassle of flying? Why not plan a road trip? The best part about road trips is that it’s easy for your pup to join as your co-pilot. If you’re still deciding where you want to go, take a look at our list of […] 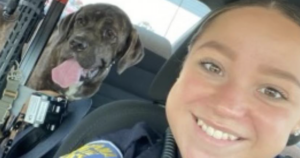 Indiana State Police trooper Allison Marlowe arrived at a traffic jam on the interstate. She assumed it was caused by an accident, so she started looking for the aftermath. But then, she received a call about a puppy instead. The innocent dog had been dumped on the busy road, and many cars stopped to rescue her. Yet, she found a hiding spot under a truck and was too scared to move. Luckily, Marlowe is experienced in dog rescues, so she … Read more

These festively furry holiday gift tags will have your recipient just as impressed with the gift tags as the gift itself. Riding through the drive-thru with you can be frustrating for your furry friend. They have to watch you order and snack on savory fast food while they get nothing for themselves. That’s why many dog parents order their pooches a puppuccino when picking up Starbucks. But the famous coffee chain isn’t the only business with a special dog menu item. Dairy Queen has its very own secret menu item for dogs: a Pup Cup! If you’ve never ordered it before, … Read more

The post Dairy Queen Has A Secret Frosty Menu Item Your Pup Will Love! appeared first on iHeartDogs.com. 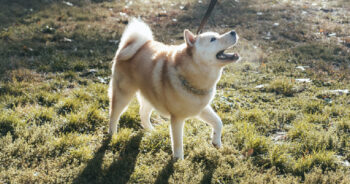 With a wide variety of species, mushrooms are a many-splendored source of nutrients and energy for the body. Every serving provides a wealth of vitamins, minerals, and antioxidants. For us, mushrooms can decrease cancer risks, support the immune system, improve digestive health and even protect the brain, proving that these little fungi are big powerhouses when it comes to your health. But did you know mushrooms can benefit your dog too? Certain types of mushrooms provide a boost to the … Read more

The post The Benefits Of Maitake Mushrooms For Dogs Will Get Those Furry Paws Dancing appeared first on iHeartDogs.com.