When you send your beautiful black lab to an expert for training, you expect them to receive the highest quality of care. Michelle was excited for her guide dog and best friend Milton to learn an exciting new skill that would help her be able to spend more time inside a classroom.
Now, her dreams are shattered, and she’s living her worst nightmare.
Facebook
The three-year-old black lab had returned to the Guide Dog Foundation so he could learn how to sit still while his mom is attending classes at the Helen Keller National Center. But while Milton was in the care of his trainers, he was forgotten in a vehicle in their parking lot and forced to face the extreme heat within.
Poor Milton was crated and trapped inside their van from 10 a.m. until 3:30 p.m. on a day when the temperature outside reached upwards of 90 degrees.
But Milton wasn’t only Michele’s guide dog for two beautiful years, he was also her best friend. His mom had spent 15 long years looking for the ideal dog before finally meeting Milton.
“He was my guardian angel. He was next to me all the time. I’m so sad, because I just don’t know how I’m going to go on without him,” she said.
RELATED: Blind Man’s “Overweight” Guide Dog Forced Into Temporary Foster Care
Facebook
Michelle was born with Usher syndrome, a rare genetic condition that causes hearing loss and an eye disease called retinitis pigmentosa. Over time, her vision and hearing will continue to deteriorate, and as of right now, there is no cure. Eventually, she will be completely blind and deaf.
But because of Milton, Michelle had finally gained the courage to spend time outside the home. His protection and presence were absolutely life-changing for her.
“He gave Michelle a whole new lease on life, a whole new outlook.  She never, ever would even think of venturing outside and now we’re back to square one,” said Tom Krupa, Michelle’s husband.
In a statement made by the Suffolk County Society for the Prevention of Cruelty to Animals, they announced that the employee responsible for Milton’s death has been charged with animal cruelty and failing to provide proper shelter and aid.
But that doesn’t bring sweet Milton back to his mom, who misses him beyond measure.
Facebook
RELATED: Dog Walker Leaves Second Dog To Die In Hot Car, Family Demands Justice
This terrible tragedy serves as yet another reminder to never leave a dog alone in a car, even with the windows cracked. On a 90-degree day, the van would have reached 110 degrees inside after just 10 short minutes.
Featured Image: Facebook
The post Beloved Guide Dog Dies After Being Forgotten In Trainer’s Scorching Hot Van For 5 Hours appeared first on iHeartDogs.com. 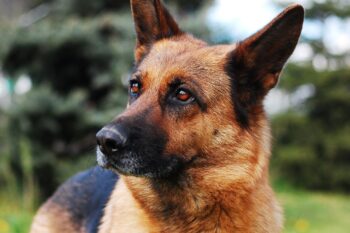 If you or someone you know recently lost their German Shepherd, our hearts go out to you! We believe our fur-babies may be gone, but they will always be with us in our hearts. ❤️🌈😥 We asked the members of our I Love My German Shepherd community on Facebook the following question: For those of you who have lost a pup, would you mind sharing what you’ve done? We received hundreds of amazing responses along with photos. We’ve highlighted some of … Read more 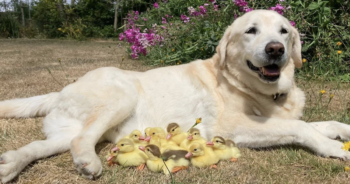 A 15-year-old Labrador Retriever named Fred has had a nurturing nature his whole life, even toward animals that some dogs might see as prey. He has a soft spot for ducklings and has experience caring for ducklings who have lost their mothers. This year, Fred “adopted” his third brood of ducklings after their mother went missing. He might not look like the parent you’d expect for a group of birds, but he takes his role very seriously. If the mother … Read more 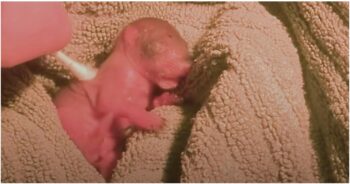 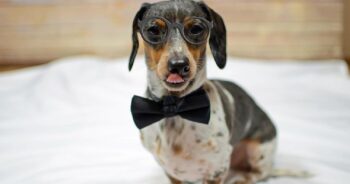 Choosing your dog’s name is an important task. It is something you will be repeating over and over every day for as long as your beloved pup lives. Nah, who are we kidding, we still talk about our furry best friends even after they’ve crossed the rainbow bridge.  So since it’s something we say so often, why not spread a smile across your, and the entire dog park’s faces, when you bellow the name of your beloved pup.  Whether you’re … Read more