Jameson Wall, a 7-year-old autistic boy from Tennessee, was born drug-dependent and later diagnosed with a rare autoimmune disorder. His early years have been a series of doctor visits and hospital stays.
In other words, it hasn’t been easy for young Jameson. Life was also difficult for Brucey, a stray dog who ended up at a nearby shelter. Fortuitously, these two souls would find each other, and their lives would change for the better.
WVLT
About Jameson’s Conditions
Jameson’s mother, Laura Wall, who adopted him when he was a toddler, revealed to WVLT:
“We’ve been to countless therapy appointments. You name it, we’ve tried it and it seems like there’s been nothing that has been what’s going to help.”
To get a bit more technical, Jameson has Pediatric Acute-Onset Neuropsychiatric Syndrome (PANS) and Pediatric Autoimmune Neuropsychiatric Disorder Associated with Streptococcal Infections (PANDAS).
Jameson’s conditions have neurological consequences as well as social and emotional ones. Laura explained:
“He can wake up one morning and it looks like he has Parkinson’s and he can’t say words he used to be able to speak clearly. He would engage in self harming behaviors and draw blood.”
A Rescue Dog Connects With An Adopted Toddler
Enter ‘Sushi,’ the dog (not the food). Sushi, formerly called Brucey, was dumped at Focus on Cumberland County Animal Safety (FOCCAS) in nearby Crossville. The shelter posted his photo online, noting his potential to be a service dog.
As FOCCAS Founding President Jan Hendrixson described him:
“He’s a very calm dog, but most importantly he wants to please. That’s what he lives for.”
WVLT
Jameson’s parents had seen how well he responded to a facility dog at Vanderbilt’s Monroe Carrell Jr. Children’s Hospital. They had been considering getting a dog to help their son physically and emotionally.
But what really led the family to adopt Sushi was Jameson’s reasoning:
“I adopted Sushi because he didn’t have a home.”
Laura recalls the process of finalizing their adoption of Jameson back in 2018 “after 717 days and 15 court dates.” She thinks he and Sushi connect so deeply because they share a similar past.
“They both know what it’s like to be homeless. And to not be wanted. But also, they both know what it’s like to have found a family…. Both of them didn’t have a safe place to land. Both of them spent a long time waiting for that safe place to land and both of them held on and persevered.”
Facebook
A FOCCAS volunteer drove Sushi the two hours to get to his new family. Hendrixson posted a story written by Brenda Yung describing that day:
“Brucey barged right through their door and greeted “J” just like a long lost friend. Instantly and perfectly mastering the art of medical “compression therapy” like he had a PhD for it! “J” was full of smiles and giggles and mom knew it was a successful match. Many tears of joy were secretly shed in that moment, why they were held back we do not know… but it will not be forgotten.”
How Dog And Boy Have Helped Each Other
Evidence suggests that calm, trained dogs can stabilize a person’s blood pressure, reduce anxiety, and encourage communication. Sushi’s presence was clearly a huge help to Jameson.
Facebook
Jameson’s father, Corey, explained:
“Sushi can bring him out of a stressful time very quick. Other kids are wanting to be around him more since Sushi came into his life.”
Laura built on her husband’s observations:
“He is capable of forming a relationship with people now, through the dog. We know he has it in his heart. He has the capacity.”
WVLT
Sushi completed a training program in Georgia in July. Recently, Sushi went with Jameson to a health appointment, and according to Laura, it was the first time her son didn’t cry at the hospital.
FOCCAS’ Hendrixson feels touched by J and Sushi’s relationship. She shared:
“We live for this. It’s a rare occurrence to have this kind of adoption. We get chills just talking about it. I can’t imagine a better life for a dog than to have your own kid that you get to take care of. It looks like it’s the perfect fit for Sushi, and we just couldn’t be any happier.”
This is a beautiful version of that “who rescued who” saying.
Featured Image: Facebook
The post Stray Turned Service Dog Changes Everything For Boy With Rare Disorder appeared first on iHeartDogs.com.

When you visit a new city, using public transit is a convenient way to get around. But can your pet join you? Find out which cities in the U.S. and Canada offer pet friendly public transportation….

iHeartDogs is reader-supported. When you buy via links on our site, we may earn an affiliate commission at no extra cost to you. Feeding your Dachshund the best fresh dog food can have a big impact on their overall health. There are so many brands out there, but many Dachshund parents are wary of the processed ingredients used in them. Have you ever considered making homemade food for your Dachshund but didn’t have enough time or knowledge to do it? … Read more 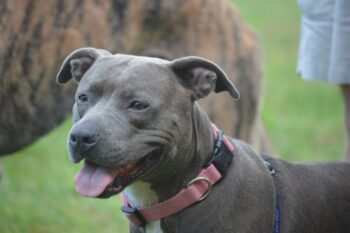 iHeartDogs is reader-supported. When you buy via links on our site, we may earn an affiliate commission at no extra cost to you. The health of our loved ones is one of the most precious things in life. It’s an asset that’s irretrievable once lost. For Staffordshire Bull Terrier parents, one of the biggest priorities is the health of their adoring puppies, who are totally dependent on them. That’s where supplements for Staffordshire Bull Terrier puppies come in. A significant … Read more 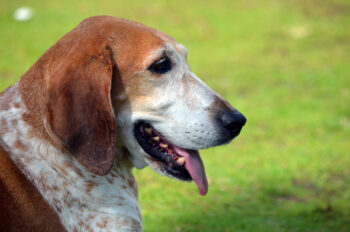 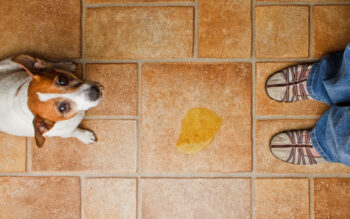 If you’re the proud parent of an excitable pup, you know the joys and frustrations of having a pup that pees when they get overly excited. It may seem like a hopeless battle, but there are steps you can take to help your pup learn to stay dry during those exciting moments. Here’s what you need to know to stop your dog from peeing when they become excited. 1. Talk to Your Vet The first step in helping your pup … Read more

The post My Dog Pees from Excitement When I Come Home – 9 Tips to Help appeared first on iHeartDogs.com. 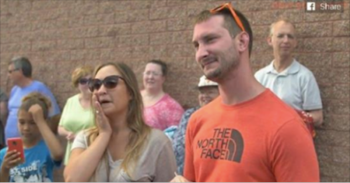