National parks have always been popular vacation destinations. And now some parks are making it easy for pets to join in the fun! Read on to learn where your dog can get his BARK Ranger tags.

Without compromising their rules or affecting the wildlife, some national parks are inviting dogs to become BARK Rangers. Originally meant to educate visitors with pets about the park’s pet policies, the program has become so popular that it’s spreading quickly.

Below you’ll find a list of national parks where your pup can join the leagues of BARK Rangers.

The national parks introduced the BARK Ranger program as a way to encourage responsible national park travel with dogs. It’s a fun way to make pet owners aware of the park’s rules regarding pets.

Respect wildlife (give them their space)

As you can see, though pets are invited to join the program, it’s the humans who are responsible for abiding by the BARK Ranger principles. Isn’t that how is always goes with pets?!

Dogs participating in the BARK Ranger program are sworn in and their owners can purchase a special tag for their pup’s collar. Some parks have customized tags for their location, and others have generic BARK Ranger tags. But no matter which the park provides, it’s fun for your dog to collect them all!

Where Can Your Dog Become A BARK Ranger

One thing we want to make clear is that national parks participating in the BARK Ranger program are not necessarily the most pet friendly. For example, Olympic National Park and Devil’s Tower National Monument are both very restrictive when it comes to pets on the trails, though they invite dogs to be BARK Rangers.However, there are others, like Petrified Forest and Acadia National Park, that are extremely pet friendly! In our post on the Best Pet Friendly National Parks, we share which of America’s national parks we consider the most pet friendly.

Here’s a map and a list of the national parks where your pet can become a BARK Ranger. Check back often, because we add locations as more parks going the program!

Craters Of The Moon National Monument And Preserve – Idaho

READ MORE ⇒  The Most Dog Friendly National Parks in the U.S.

Be A Good Ambassador

We are lucky to have so many wonderful national parks in America, and even luckier when they allow pets! Please take care to follow all the rules and set a good example for other pet owners. It only takes a small effort on everyone’s part to ensure we can all continue to enjoy the national parks with our furry travel companions.

Some national parks, such as Glacier, Denali, and Sleeping Bear Dunes have a BARK Ranger programs that employ dogs to control or protect wildlife. If you’re not sure which program is offered by a particular park, a quick phone call to the visitor center will clear things up!

When visiting any national park, monument, or historical site, be sure to ask about the BARK Ranger program. Simply asking could encourage more parks to participate!
The post 59 National Parks Where Your Dog Can Be A BARK Ranger appeared first on GoPetFriendly.com.

Are you an art lover searching for the perfect name for your new canine companion? Perhaps you will be drawn to a name of one of the greats of the art world! From Renaissance masters to contemporary creators, we’ve gathered a list of artist dog names for the fur baby who completes your family portrait. … 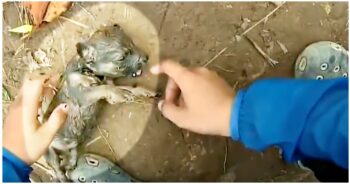 Small creatures are particularly prone to be harmed. If they’re lost from their mothers, the world becomes a lot more dangerous. When one guy witnessed a tiny puppy floating down the river, he recognized he had to act right away. His tiny body appeared lifeless in this video clip.   Image/Story Source Credit: The Dodo via YouTube video     The man attempted to resuscitate him by patting his chest but was unable to. He could tell the puppy still … Read more

The post Man Pulled A Lifeless Puppy From River, Resuscitation Failed & His Wife Had A Plan appeared first on iHeartDogs.com.

The post Thanksgiving Foods for Dogs: What’s safe? by Kristina Lotz appeared first on Dogster. Copying over entire articles infringes on copyright laws. You may not be aware of it, but all of these articles were assigned, contracted and paid for, so they aren’t considered public domain. However, we appreciate that you like the article and would love it if you continued sharing just the first paragraph of an article, then linking out to the rest of the piece on Dogster.com.

The post Thanksgiving Foods for Dogs: What’s safe? by Kristina Lotz appeared first on Dogster. Copying over entire articles infringes on copyright laws. You may not be aware of it, but all of these articles were assigned, contracted and paid for, so they aren’t considered public domain. However, we appreciate that you like the article and would love it if you continued sharing just the first paragraph of an article, then linking out to the rest of the piece on Dogster.com.

Believe it or not, the holiday season is fast approaching! Between family events, parties, out-of-town travel, and anything in between, this time of year can be overwhelming for our four-legged friends. To avoid unnecessary stress, you’ll want to prepare your dog for the holidays before the season is in full swing. Give them some pampering […]

The post Holiday Season Is Approaching! Here’s How to Prepare Your Pup for The Festivities appeared first on Freshpet. 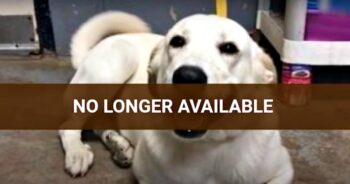 Toni and her daughters, MacKenna and Kerrigan, were looking at shelter dogs online. Toni’s youngest came across Rosie, a sweet girl who desperately needed an adoption commitment ASAP or she would be euthanized. The girls knew instantly that they needed to help Rosie before it was too late. They wanted to bring her home. Soon after the girls saw Rosie online, they went back to the shelter’s site. That’s when it said, across Rosie’s photo, that she was no longer … Read more

The post Girls See “No Longer Available” On Dog’s Photo & Cry But Mom’s Up To Something appeared first on iHeartDogs.com.