From the moment Huxley the Golden Retriever laid eyes on the bag of Walkers Supreme Prawn Cocktail Crisps sitting on his mom’s tray table, he had a goal. Huxley was going to get his paws on those crisps one way or another.
Huxley’s human, a London-based photographer named Ursula, regularly posts photos and videos of her two beautiful Goldens (Huxley has a brother named Hugo). She shared these hilarious pics of her tenacious dog attempting to acquire some of her crisps on a train ride to Instagram.
Instagram
Huxley’s Various Attempts At Snack Apprehension
The key to acquiring the tasty snack was through use of the little gap between train seats. That gap is just big enough for him to stick his snout through.
At first, Huxley started with a simple sweet-faced begging approach. Shockingly, that didn’t work for the cutie. So, he had to go in a different direction.
Instagram
That’s when the teeth came out. Unfortunately for Huxley, his threatening teeth-baring isn’t actually all that threatening. It’s just too funny and cute.
Instagram
The next few photos show Huxley extending his long tongue in the general direction of the snack he’s after. Alas, the gap between the chairs now proves to be limiting for him. There’s only so much of his face he can fit through it.
Instagram
Sadly it seems, from the photos at least, that none of these approaches ended up landing Huxley a crisp. It’s okay, he probably doesn’t need the sodium anyway.
Here’s a video version of the events on the train that day that shows a more detailed breakdown of Huxley’s attempts to earn some chips:

Would You Give Huxley Your Snack?
“Would you share your snacc with him?” Ursula’s caption on the photo poses. Since the video and photos of Huxley’s unsuccessful attempts to steal chips went viral, commenters admitted they would totally give in.

“For the love of god feed that good boy a snack!!!!!!! – @jlwalstien via Instagram
“Snacc???? I already gave him my heart.” -@aayam_shourya via Instagram
“My snacc? I’d give him the keys to my car and the pin to my cards 🤣😍” -@daniellebruce18 via Instagram

Regardless of your answer, you simply must respect this dog’s persistence. For more photos and videos of Huxley (and his also adorable brother Hugo) follow @hugoandursula on Instagram.

The post Pet Friendly St. Augustine – What Should You Do During Your Visit? appeared first on GoPetFriendly.com. 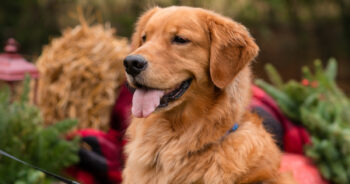 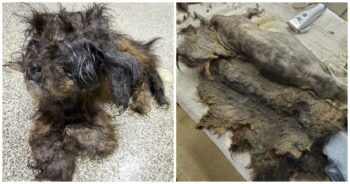 A huge ball of fur was dropped off at the Central Missouri Humane Society by someone. On first sight, it was difficult to identify what was beneath the tangle of hair. The individual who abandoned the pet said it had been discovered in a small dog bed at a local supermarket. Workers at the shelter began working right away to assist this little one and figure out who was hiding under all that matted hair.     Image/Story Source Credit: … Read more 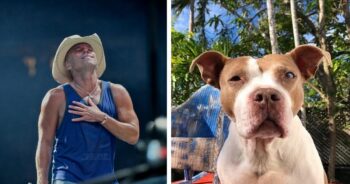 Country crooner Kenny Chesney said goodbye to his beloved dog Ruby earlier this month. Now, he is paying tribute to her—and helping other deserving shelter dogs like her—with a special song. Proceeds from the charitable single will benefit Stray Rescue of St. Louis, one of the largest rescue shelters in the country. According to Chesney, “Da Ruba Girl,” which you may have heard on his No Shoes SiriusXM radio station, is dedicated not just to Ruby, but “every dog in the … Read more

The post Kenny Chesney Releases Song To Benefit Shelter Dogs In Honor Of His Deceased Pup appeared first on iHeartDogs.com.

While going away as a pet parent, the first thing people research is how to find a reputable pet sitter. This search leads many to the pet sitting website Rover. But as of recent years, handfuls of pet parents are experiencing their worst nightmare while using the service.  Their pets have gone missing, or even more unimaginable, they get the news that their pet has passed away while in a pet sitter’s care.  This is the case of what happened … Read more