Jindo Love Rescue in South Korea uses its funds to save dogs from the meat trade and send them to loving homes. Of the 120 dogs in their care, several were preparing to fly to their forever families. However, a sudden burst of flames ruined the dogs’ happy endings.
The organization faced a fire at their foster center, causing the dogs to die, run away, or suffer severe injuries. The volunteers are calling it “a worst-case nightmare scenario for anyone involved in rescue.” But they’re still doing everything they can to help the survivors and rebuild the foster center.
Facebook
A Real-Life Nightmare
At least 20 dogs at Jindo Love Rescue died in the fire, and many of them ran away. Right now, only 60 living dogs are accounted for. One of the dogs that passed away was Pobee, who was scheduled to fly to his adopters in the United States that day. Some of the other victims also had flights coming up that they’ll now never make.
A local kill shelter temporarily housed most of the survivors but didn’t have enough space to keep them all long-term. Now, foster homes and a dog training facility have stepped up to care for some of the dogs.
Facebook
RELATED: Photographer Highlights Heartwarming Transformations Of Dog Meat Trade Survivors
“We’re so impressed with how resilient these dogs are. Many wouldn’t eat at the kill shelter but getting them into a home environment or our boarding facility has made all the difference. These less stressful environments are crucial to letting them heal and rest,” Jindo Love Rescue wrote on Facebook.
The rescue is searching for the missing dogs with the help of a drone. Sadly, several of the found dogs hadn’t survived, but the volunteers are hopeful that some are still out there. Most of these dogs were saved from the dog meat trade, so they’ve already been through so much. They don’t deserve to deal with more tragedies like this.
Facebook
Fixing the Damage
The dogs can’t stay in their temporary homes forever. The rescue is determined to rebuild their facility, but it will cost at least $150,000 to repair the damage. On top of that, they still need funds to care for the dogs’ supplies and vet care. Many of the dogs were burned in the fire and are receiving extensive medical treatment.
“We’re beyond heartbroken and desperately searching for survivors who have already been through so much in their lives,” said Patti Kim, president of Jindo Love Rescue. “We’re blessed to have such wonderful supporters who are already chipping in, but we have a long way to go to care for the survivors and rebuild.”
Facebook
The cause of the fire isn’t clear, but the damage has been done. Jindo Love Rescue is begging for donations during these difficult times. Their partner, In Defense of Animals, is helping them rebuild the property so both organizations can keep rescuing dogs from the horrific meat trade.
If you’d like to help the rescue during this tragedy, you can donate to their fundraiser here.
Facebook
Featured Image: Facebook
The post 120 Dogs Rescued From South Korean Meat Trade Injured Or Killed In Catastrophic Fire appeared first on iHeartDogs.com. 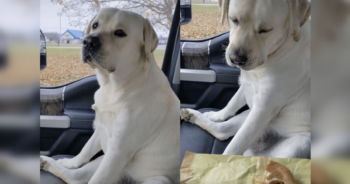 For most people, going through the fast food drive-thru with their dog will result in chaos. Most dogs will lunge at the opportunity to gobble up your chicken nuggets, even if you didn’t offer them any. While most people would expect a dog to inhale a McDonald’s cheeseburger in one bite (including the wrapper), not every dog is this food-obsessed. Lander the Labrador Retriever loves getting special snacks at drive-thrus, but he earns his treats. Instead of tearing apart the … Read more

The post Adorable Lab Has The Best Manners When Offered A Cheeseburger appeared first on iHeartDogs.com. 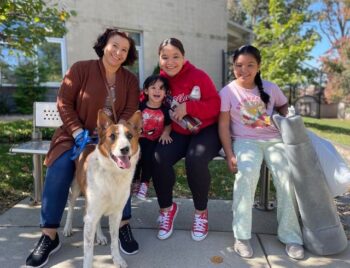 After three long months of searching, and not a single clue to help them find their lost dog, a family finally decided to head to their local shelter to adopt another furry family member. But then, despite seeing dozens of dogs, there wasn’t any kind of a connection.  That was until they noticed a picture on the wall, and realized that their beloved dog was actually there waiting for them! Dante Goes Missing It was while on a walk that Dante, … Read more

Since I was in college, I’ve enjoyed going to Half Price Books, a chain of used bookstores that first launched in Texas. Now I love going with our dogs to shop for books–and am happy to say that dogs are allowed in Half Price Books stores. So get ready to shop your local Half Price …

This post first appeared in DogTipper.com. Link to original post: Are Dogs Allowed in Half Price Books? (2022) 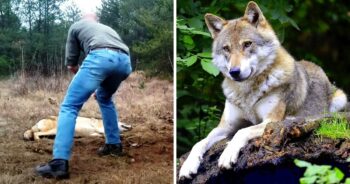 Many years ago, in the wilds of Alaska, a man came across a timber wolf that has caught and battered by a trap. The man realizes that the wolf doesn’t have long to live and was quickly losing blood from being trapped. The man was initially spooked after coming face to face with the large beast, until he learned she was weak and exhausted from being stranded for most likely days without sustaining herself.   Nevertheless, even while still wary … Read more

The post Man Saved A ‘Dying’ Wolf And Her Cubs, Years Later The Wolf Returned The Favor appeared first on iHeartDogs.com. 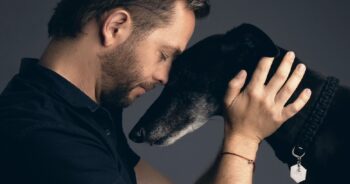 One of the best parts about pet parenting is the incredible amount of love our furry best friends so freely give us. Nothing feels better than coming home from a long, hard day to tails wagging and butts wiggling.  That’s one of the reasons that “pet bling” has caught on as a current trend. Our pets mean so much to us that for some pet parents bestowing bling upon their beloved best friends is a way they are showing their … Read more

The post Doggy Diamonds: A Trend That’s Enticing To Some And Appalling To Others appeared first on iHeartDogs.com.