On a chilly day in Sao Paulo, Brazil, two brothers passed a homeless dog outside of a train station. While the eldest, Gabriel, went to buy tickets for the subway, he observed his brother Felipe committing an act of pure kindness.
The dog was lying down by a wall, cold and alone. Felipe knew he had the ability to help it, even if that meant making a little sacrifice. Setting the scene, Gabriel told The Dodo:

“He saw a dog shivering in the cold. It was the coldest day of the year.”
@StephenMessenger/YouTube
Felipe put down his backpack and removed his sweatshirt. He then took off his t-shirt and put his sweatshirt back on again. Confused by what was happening, Gabriel decided to film what his brother was doing. At first, he giggled at seeing his brother strip down in public.

“I noticed my brother taking his backpack off his back and started filming. He took off his jacket, sweatshirt and put his shirt on the puppy who was very cold. He did it spontaneously. It was very moving.”
@StephenMessenger/YouTube
Felipe literally gave the shirt off his back to warm up a cold dog! Gabriel later wrote the video going viral surprised him, and he’s glad he decided to share it with the world.
“I rarely post anything to my feed, but it deserves to be shared.”
Watch the incredibly sweet moment below:

The Shirt Looks Better On Him Anyway
When the brothers returned to that same station on the way back, they looked for the dog Felipe outfitted. They hoped they might take the pup home with them, but he was no longer there.
Felipe later shared online that though the t-shirt was a favorite of his, it looks better on the dog.
“There is no way to change the world — but for the things in your reach, you can.”
@StephenMessenger/YouTube
The way I see it, one small change in the world still makes a change in the world. It takes a truly kind person to give something away to someone without, even if that someone is a dog. Commenters on the video agree.
“Hopefully someday this will be the norm and not a once in a while highlight on you tube.” – John Semanski via YouTube
“This is humanity at it’s finest! Thank you! I wish there were more people like you.” – xfsiren via YouTube
I’ll make sure to layer up in the future, just in case I pass any strays who might need an article of clothing.

H/T: The Dodo
Featured Image: @StephenMessenger/YouTube
The post Man Literally Gives Shirt Off His Back To Cold Dog appeared first on iHeartDogs.com. 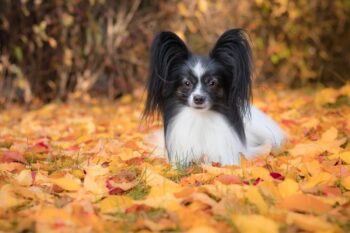 iHeartDogs is reader-supported. When you buy via links on our site, we may earn an affiliate commission at no extra cost to you. Feeding your Papillon the best fresh dog food can have a big impact on their overall health. There are so many brands out there, but many Papillon parents are wary of the processed ingredients used in them. Have you ever considered making homemade food for your Papillon but didn’t have enough time or knowledge to do it? … Read more 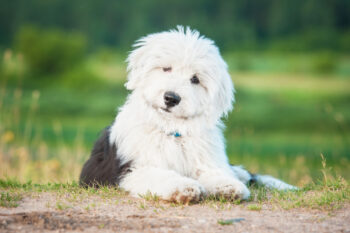 iHeartDogs is reader-supported. When you buy via links on our site, we may earn an affiliate commission at no extra cost to you. The best dog beds for Old English Sheepdogs provide a warm place so your Old English Sheepdog doesn’t have to sleep on the floor. By investing in the right bed, you are protecting your furry friend’s spine and joint health. A bed is a place where dogs can feel secure and comfortable. Old English Sheepdogs need beds … Read more

What are the most popular names for dogs? Well, like the answer to so many questions, that depends just who you ask and where you live! Unlike with human baby names which are registered with the Social Security Administration, there is no one central database that records dog names. Instead there are many lists, ranging …

This post first appeared in DogTipper.com. Link to original post: What Are the Most Popular Dog Names? 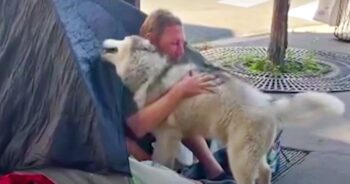 A Husky, named Sora, lives in the city of love. This must be why Sora has so much love to give and was able to teach her dad exactly how love works. One day, the Parisian pup set eyes on a homeless man named Bruno. Bruno was living in a tent on the street near Sora’s home that she shares with her dad, Thibault. Sora’s dad admits that he, like many others, was biased when it came to the homeless … Read more

The post Dog Teaches Dad It’s Not Okay To Be Prejudiced When She Falls For Homeless Man appeared first on iHeartDogs.com.