Since many of us rely on cars for daily transportation, it’s easy to forget that driving always poses a potential risk. Cars are heavy machinery, and accidents can happen to anyone. Fortunately, fire departments and emergency crews are prepared to do whatever it takes to save lives in the event of a crash.
On the morning of February 11th, 2021, a major pileup occurred outside of Fort Worth Texas. Close to 100 vehicles were involved in the crash, resulting in wreckage nearly a mile-long. Freezing rain made the southbound lanes of the highway slick and icy, making it extremely difficult for the vehicles involved to stop in time. Several large trucks were also involved in the tragic crash, which proved fatal for some and injured many others.
Screenshot, ABC8
Medics and firefighters went from vehicle to vehicle, finding more victims every few minutes. Several ended up trapped inside their cars and needed to be extricated.
Heroes Rescue People And Their Pups From The Crash
While it’s emergency responders’ job to rescue people, they also help furry friends whenever possible. An incredible eyewitness video shows a firefighter retrieving a black dog from a truck wedged between two other vehicles. The Fire Department also shared a photo of crews holding a brown and white dog who appeared uninjured.
@FortWorthFire/Twitter
As is protocol, the rescue crews brought the dog to a nearby shelter. Fortunately, that dog was soon reunited with a family member. A veterinarian on site assessed him and found no injuries. This pup and at least one other are lucky to have come out of such a horrible crash and thank goodness for the emergency crews committed to saving them.
In a statement, Forth Worth Mayor Betsy Price expressed sadness and appreciation for those concerned:
“Our community is pouring out support, and I know that so many of you are asking for a way to help. Right now, what Fort Worth needs most is your prayers — for the families, the injured and the first responders. We will share updates in the coming days with any additional ways to support those in need during this difficult time.”

One extra concern for dogs involved in car crashes is the possibility of them running away. Frightened and confused dogs emerging from accidents have a programmed fear response: to run. If injured, this move can end up causing them more harm than good. That’s especially true in cases like this one, where hypothermia was also a concern.
Since dogs can’t understand car accidents and how to survive one, it’s great that first responders are there to help them out too. This story is still developing, and hopefully the survivors continue on the mend. 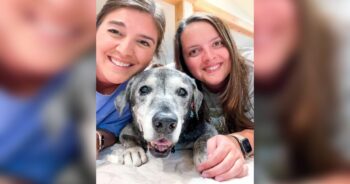 Lauren Siler is a seasoned foster mama, but until recently, her specialty has been kittens. A silver-faced black Lab mix named Annie changed all that when her owners surrendered her to Dallas Animal Services at the age of 19. Siler was about to board a plane home to Dallas from Anchorage, Alaska, when she spotted Annie on an Instagram page featuring animals needing rescue at DAS. “I saw her sweet little face sitting in her poor little kennel.” A Sad, … Read more 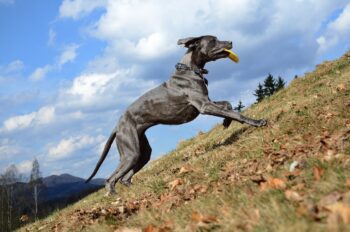 Great Danes love their toys. And they love destroying them too! So when we asked our I Love My Great Dane Facebook community which toys, we got hundreds of responses. Below we’ll share a handful of the most popular suggestions on best toys for great danes. The 20 Top Toys for Great Danes, According to Real Great Dane Owners Super chewer box from bark box Author: Dorothy H. Likes: 8 Benebone My dogs have three that are over 8 years old … Read more

The post The 20 Best Durable Toys for Great Danes appeared first on iHeartDogs.com. A dog named Shortcake was surrendered to Animal Control Philadelphia with “signs of a lifetime of trauma.” A rescue organization, New Leash on Life, stepped in knowing dogs like Shortcake rarely find homes and end up on the euthanasia list. New Leash on Life takes dogs that are at-risk and pairs them with prison inmates to be trained and socialized. When Shortcake was released from Animal Control, she needed extensive medical treatment. The expenses were too much for the organization … Read more

The post Pit Bull That Only Knew Suffering Feels Loving Arms Around Her appeared first on iHeartDogs.com.

Essential oils are a popular way to provide natural fragrance in your house–but they have to be used with caution in pet households. If you are wondering which essential oils are bad for dogs (and for cats, if you share your home with felines, too), please note that many essential oils can be toxic to …

We all know how much fun it is to check out social media feeds and check out the dog photos. But have you ever thought about turning your dog into a pet influencer? If so, you’re not alone! In a recent article by the New York Post, a survey found one in four pet owners …

This post first appeared in DogTipper.com. Link to original post: Pet Influencers: Who’s Top Dog–and Should Your Dog Join In the Fun?