About a month ago, the New York City Police Department (NYPD) responded to a call about a dog trapped in a hot car. At the time, they suspected that the dog had been stranded in the vehicle for over two hours. After further research, the ASPCA announced that they believe the dog was actually in the car for 24 hours.
The outside temperature was in the mid-80s that day, which can reach over 100 degrees in a parked vehicle in just ten minutes. The dog would’ve perished if people hadn’t expressed concern for him. His recovery was long, but now, he has found his happily ever after.
screenshot, foxnews.com
Fighting for His Life
Several caring New Yorkers called the police when they spotted a fluffy white dog in a hot car. The car was off, and the windows were closed with the dog trapped inside, wearing a leash.
Members of the NYPD 19th Precinct gathered around the car and recorded the rescue as it was happening. One officer broke the glass on the passenger window and reached in to unlock the car. The car alarm went off for a few seconds but then stopped as the officer opened one of the back doors to get to the dog.
Twitter
“Yesterday’s afternoon temps hovered in the mid 80’s & on an 85° day, it only takes 10 mins for the inside of a car to reach a deadly 102°! It’s prohibited to leave an animal unattended in a car under these dangerous conditions—thankfully the pup was rescued & is being cared for,” the NYPD 19th Precinct wrote on Twitter.
The officers brought the dog to the ASPCA Animal Recovery Center in Manhattan. He spent a month there receiving medical and behavioral treatment. Then, he was ready for adoption.

Hot car, hot dog rescue—thanks to caring NYers who saw this pup locked in a car for over 2 hours & called 911!
Our cops responded discovering the car off, windows shut & distressed dog. They broke the window, got pup out & off to a vet for care. Criminal investigation continues. pic.twitter.com/B5MdVT6UUe
— NYPD 19th Precinct (@NYPD19Pct) June 18, 2022

Officer Adopts Dog
The dog, who is an American Eskimo Dog now known as Snow, found his perfect family right away. Officer Aruna Maharaj with the NYPD fell in love with Snow during the rescue, so she kept in touch with the ASPCA during his recovery.
“From the moment Officer Maharaj was involved in this case, she knew Snow was special,” the ASPCA said. “She immediately brought him into her car with the air conditioner blasting, where he sat on her lap, licked her face, and wouldn’t move from her company.”
screenshot, foxnews.com
Officer Maharaj officially adopted Snow once he went through all his necessary care. Snow has adjusted well to his new family and even gets along with his new cat sibling. He loves having a large yard to run around in, and he walks to the park with his family regularly. He’s living the dream!
The NYPD hasn’t mentioned anything about Snow’s previous owner, but hopefully, they’ve been punished for leaving Snow to die in that hot car. No dog deserves to go through that.
Twitter
Featured Image: Twitter
The post Officer Adopts Distressed Dog Stranded In Hot Car For Hours appeared first on iHeartDogs.com. 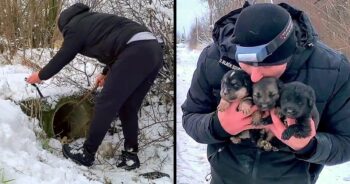 A homeless dog named Hera was gripped with anxiety after she gave birth in the unforgiving winter months on the streets of Serbia. There was a blizzard wrecking havoc every other day, making it hard for her to scavenge food or keep her dainty puppies warm and well-fed. She later crawled through the snow to seek refuge in a cold and wet drainpipe by the roadside. For the next few days, Hera was constantly stressing over the survival of her … Read more

The post Man Spends Entire Day In The Blizzard Trying To Save ‘Dying’ Puppies From A Pipe appeared first on iHeartDogs.com.

The post Top Dog Dental Problems and Their Costs by Jessica Peralta appeared first on Dogster. Copying over entire articles infringes on copyright laws. You may not be aware of it, but all of these articles were assigned, contracted and paid for, so they aren’t considered public domain. However, we appreciate that you like the article and would love it if you continued sharing just the first paragraph of an article, then linking out to the rest of the piece on Dogster.com.

Dog dental disease is among the top dental problems – and costly to treat. Our experts share the top prevention and treatment tips.

The post Top Dog Dental Problems and Their Costs by Jessica Peralta appeared first on Dogster. Copying over entire articles infringes on copyright laws. You may not be aware of it, but all of these articles were assigned, contracted and paid for, so they aren’t considered public domain. However, we appreciate that you like the article and would love it if you continued sharing just the first paragraph of an article, then linking out to the rest of the piece on Dogster.com. 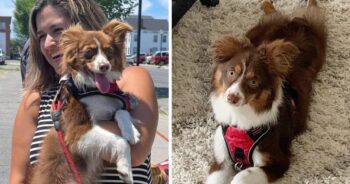 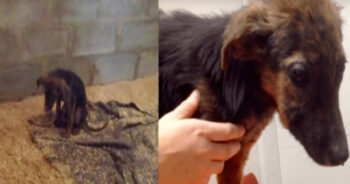 Simba was discarded in Cape Town, South Africa because he wasn’t like all the other “normal” dogs. For a long time, Simba had been sick and sad, according to zenoonee. Simba wouldn’t be very energetic or joyful; this was why his former owners chose to abandon him. He was discovered by a rescue team and brought to their shelter. The staff and veterinarian were shocked when they saw the dog in this condition. How can someone just drop a being … Read more

The post Owner Brings Puppy To Be Euthanized For “Not Playing” But Rescuers Were Able To Intervene Quickly appeared first on iHeartDogs.com.