While mountain lions may be a common sight near the foothills in Utah, a dog deciding to defend her family and refusing to back down during an encounter certainly isn’t.
But that’s exactly what Ella, a hunting dog and family guardian, decided to do. Risking life and limb to do it, nothing was going to hurt her humans while she was on watch.
Youtube
The scorching summer afternoon started out the same as any other, with the kids playing in their refreshing pool and Ella taking her position on her backyard rock wall. But before long, Ella made it clear that something wasn’t the same, and it soon became apparent to her humans too.
“She kept looking at the kids and then quickly looking back and she just kind of was very cautious. And my daughter thought it was very concerning,” shared Crystal Michaelis, Ella’s mom.
Ella had spotted a mountain lion, and was increasingly aware of its proximity from her family. While a mountain lion attacking a human is reported to be a rare event, Ella wasn’t taking any chances with the safety of her beloved pack. Though, nothing happened between them until her family had stepped inside. That’s why they didn’t witness their canine’s confrontation.

It was a sound at the door that alerted her family to what had happened. And from what they saw when they looked outside, it certainly wasn’t a low key fight. There was blood covering the patio and outside door, along with a considerable amount dripping from Ella’s fresh wounds. There were deep cuts on her head, nose, tongue, legs, and neck, and her body was covered in over 30 bites.
Youtube
Their veterinarian shared the fact that her injuries only occurred on the front of her body, which indicates that Ella didn’t back down or turn her back during the fight. She remained incredibly protective and defended her territory along with her family.
Recently, deer, the main food for mountain lions, have been spotted moving through the area. So local experts agree that they are more than likely the reason the mountain lions have been hanging out nearby. Mountain lions, also called cougars or pumas, are widespread throughout the United States. They are adaptive to many habitats and are inclined to follow their food source.

Though they have continued to look, wildlife experts have yet to spot the mountain lion again and aren’t sure of its current whereabouts. Lucky for this family protector and beloved companion, Ella is expected to make a full recovery. After engaging in a fight to defend her family, seven-year-old Ella sure is an incredibly good girl.

Featured Image: Youtube
The post Determined Dog Refuses To Back Down When Defending Family From Mountain Lion appeared first on iHeartDogs.com. 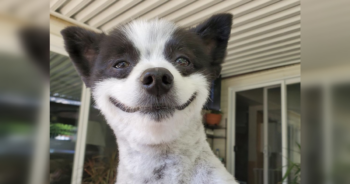 All dogs are cute, but nothing is more heartwarming than a dog that’s cute and happy. Chevy, the 9-year-old Pomeranian, fits that description perfectly. He’s a sweet little black-and-white dog who always looks like he’s smiling. But Chevy’s smile is for more than just show. His family says he’s also one of the happiest dogs around, so his appearance is fitting. He has gained a decent Instagram following over the years, and many people check out his page just to lift their … Read more

The post Pomeranian With A Constant Smile Will Brighten Your Day! appeared first on iHeartDogs.com.

Your dog’s first season can be a bewildering time. You’re not really sure what to expect, and you don’t want your pup to feel uncomfortable or in pain.  You’re certainly not alone! Every year, millions of pups blossom into little ladies and experience their first season, and for many confused owners, this can be a […]

Shiver me timbers: it’s time to find a dog name! If you are looking for a fun dog name for your new matey, we’ve got pirate dog names derived from favorite pirate words, pirates in books and movies, and real-life famous pirates and places. Avast ye! Famous Pirate Phrases You don’t have to wait for … 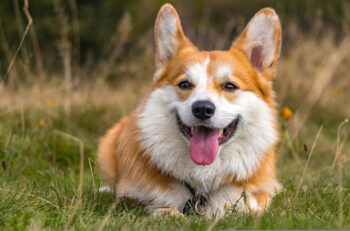 We all want as many years with our corgis as possible. As your corgi ages, you may be looking for additional ways to support their health. The following list of supplements are among the top recommended products for senior corgis. As always, be sure to consult your own veterinarian before making any changes to your corgi’s dietary or medical regimen. 1. Glucosamine & Chondroitin for Supporting Your Senior Corgi’s Aging Joints Joint pain and arthritis are some of the most … Read more

The post 10 Best Supplements for a Senior Corgi appeared first on iHeartDogs.com.

The post Why Do Dogs Eat Grass? 7 Reasons For This Habit by Cherese Cobb appeared first on Dogster. Copying over entire articles infringes on copyright laws. You may not be aware of it, but all of these articles were assigned, contracted and paid for, so they aren’t considered public domain. However, we appreciate that you like the article and would love it if you continued sharing just the first paragraph of an article, then linking out to the rest of the piece on Dogster.com.

Dogs eat grass for a variety of reasons, and most of the time it’s normal behavior. But, you may still be wondering why do dogs eat grass?

The post Why Do Dogs Eat Grass? 7 Reasons For This Habit by Cherese Cobb appeared first on Dogster. Copying over entire articles infringes on copyright laws. You may not be aware of it, but all of these articles were assigned, contracted and paid for, so they aren’t considered public domain. However, we appreciate that you like the article and would love it if you continued sharing just the first paragraph of an article, then linking out to the rest of the piece on Dogster.com.