Primal Pet Foods sells a variety of raw dog food formulas, including frozen, freeze-dried, and food toppers. They always test products for bacteria before sending them to stores, but one lot of dog food tested positive for Listeria monocytogenes after going through safety tests at the facility.
The U.S. Food and Drug Administration found the presence of Listeria during routine sampling, despite it testing negative earlier. So, Primal Pet Foods voluntarily pulled that lot from stores as a precaution.
Facebook
Which Products Are Recalled?
The company recalled a single lot of their Raw Frozen Primal Patties for Dogs Beef Formula. The bags are six pounds, have a lot number of #W10068709, and have a best by date of 05/22/23. No other products or lot codes are affected.
The lot contained 66 cases, which had 396 units. In April 2022, they were sent to stores in Maryland, Georgia, Texas, and British Columbia. So far, no customers reported any illnesses.
Primal Pet Foods has only been recalled a few times before this, including a recall in 2017 where the contents of the food weren’t ground up enough.
Facebook
What is Listeria?
Luckily, Listeria monocytogenes rarely cause severe reactions in dogs. Dogs usually experience mild symptoms like vomiting and diarrhea. Even if they don’t show symptoms, they can still carry the bacteria and pass it on to humans. Dogs who have consumed a recalled product are urged to visit the vet.
Human symptoms include fever, headache, sore muscles, nausea, abdominal pain, stiff neck, diarrhea, confusion, loss of balance, and convulsions. Young children, pregnant women, and elderly people are the most at risk.
People can get Listeria by touching the contaminated product or surfaces that have been exposed to it. Interacting with a dog carrying the bacteria also poses a risk. If you’re experiencing any of the above symptoms, you may want to visit a healthcare provider just to be safe.
Facebook
What Should You Do with the Affected Products?
Any pet parents that have the recalled food should stop feeding it to their dog and dispose of it. Wipe down any surfaces that the food touched and thoroughly wash your hands after. Those cleaning tips are always a good idea when handling raw pet food.
You may be able to contact the place of purchase for a full refund. If you have any questions about the recall, you can contact Primal Pet Foods at (800) 742-1312. They operate Monday through Friday from 6 am to 4 pm PST. You can also submit an online request.
Featured Image: Facebook
The post RECALL: Raw Dog Food Lot May Have Listeria Contamination appeared first on iHeartDogs.com.

This harness, the haqihana harness, was a real surprise to me. It wasn’t actually something I’d heard of until Clean run reached out to me. When they did, I was a little cautious because it looks pretty spartan, and I’m often not a huge fan of harnesses that aren’t padded, and don’t have multiple points […] 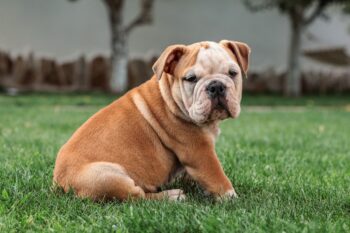 iHeartDogs is reader-supported. When you buy via links on our site, we may earn an affiliate commission at no extra cost to you. The health of our loved ones is one of the most precious things in life. It’s an asset that’s irretrievable once lost. For Bulldog parents, one of the biggest priorities is the health of their adoring puppies, who are totally dependent on them. That’s where supplements for Bulldog puppies come in. A significant part of a Bulldog … Read more

The post 4 Best Supplements for Bulldog Puppies (+1 to Avoid) appeared first on iHeartDogs.com. 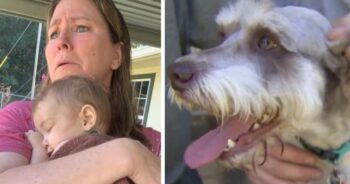 A Texas couple and their dog Archie are being hailed as heroes after acting fast to help save the life of an abandoned nine-month-old baby girl.  After the injured child mysteriously showed up in their backyard shed in the middle of the night, Archie was quick to alert his owners that something wasn’t right and that they needed to search inside. When Archie started sniffing and barking around the shed, John and Kathy weren’t sure what they’d find. But they … Read more

A dog room can help keep your dog’s belongings contained in one area and give your dog her own private space to relax.

With Christmas around the corner, for dog lovers, for your favourite dog mom (or dog dads!), you’re looking for the best gifts, right? Well, that’s where I’m here for you, because cherishing your fur baby? Is something I totally get, and it’s something this Christmas gift guide is gonna celebrate with you. I want to […] 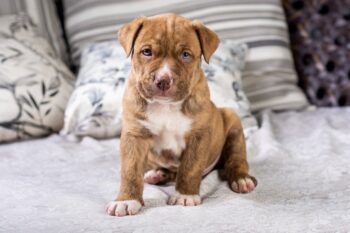