A curious Staffordshire Bull Terrier died tragically because there was no cure for her wound. She had a blister that kept getting bigger and bigger until she had to be put down. The only thing that led to this heartbreaking fate was touching a plant at a park.
Now, the deceased dog’s human is warning others to beware of the plant known as “Britain’s Most Dangerous Plant.” While it’s rare to come across this invasive weed, all it takes is one touch for a life to be ruined. So, be cautious next time you walk your dog at a public park.

Curious Dog Experiences Unexpected Pain
When the tragedy began, Stuart Good was walking with his dog, Ella, and his friend, Clive Ransom. They explored the Port Sunlight River Park in Birkenhead, England. Ella went into the weeds to explore for a few moments, but then she let out a sudden yelp and ran as if something scared her.
No one thought anything of it at the time. The trio kept walking, and then they all went home. But shortly after, Good called Ransom and mentioned that Ella had a large blister under her front leg that he’d never seen before.
“She came out of the bushes yelping, we didn’t know what it was and she had a little blister about the size of a £1 coin under her front leg and that then developed,” Ransom explained. “The next day it was double the size and the next day it was double the size again. I said ‘right that’s it’ because Stuart doesn’t drive I took him to the vets.”

The vet said that the wound was caused by giant hogweed, which doesn’t have a cure. They prescribed painkillers, but all Good could do was give Ella some great final days and then say goodbye when she could no longer maintain a good quality of life.
Look out for Giant Hogweeds
Ella’s blister continued to grow until it took up half her side and became an open wound. At that point, Good made the heartbreaking decision to put the 13-year-old dog down.
“Stuart had to throw his bedding away. He loved the dog so much he had her in bed with him to keep her comfortable. It was devastating for him,” Ransom said.

RELATED: Toxic Algae Unexpectedly Kills Several Dogs Playing Near Water
The Land Trust, which owns Port Sunlight River Park, is aware of this issue. They said they haven’t seen any giant hogweed in the park, but their rangers will continue to conduct health and safety checks. They also pointed out that there is common hogweed in their parks, which looks similar but isn’t threatening to humans or animals.
Good is warning other dog parents to keep an eye out for these life-threatening plants. Keeping your dog leashed on walks is a great way to prevent this incident from happening. Nothing will bring Ella back, but hopefully, the pup’s story will prevent more dogs from meeting this tragic fate.
The post Man Warns Others After “Britain’s Most Dangerous Plant” Kills Curious Dog appeared first on iHeartDogs.com. 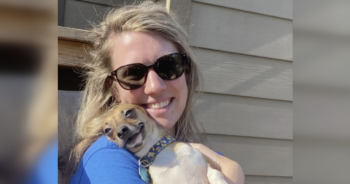 Kimberly Still has been a nurse for four years, and she loves helping people and forming connections with her patients. Yet, she never expected one patient to change her life so drastically. When Still was caring for a terminally ill woman at Northside Hospital Gwinnett in Georgia, the patient worried about what would happen to her Chihuahua mix Jax when she passed. So, Still promised she would make sure the dog was cared for. Before Still knew it, she was … Read more

The post Devoted Nurse Vows To Care For Dying Patient’s Dog, Adopts Him From Shelter appeared first on iHeartDogs.com. 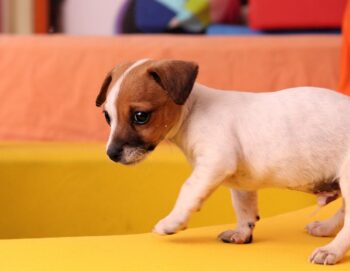 When a dog eats certain poisonous foods or household items, he needs to get it out of his system ASAP. We teach you how to make your dog throw up. 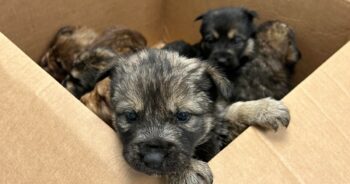 Seven helpless puppies are safe, warm and in the capable care of Harbor Humane Society after surviving a terrible storm. Abandoned with nothing but a cardboard box for shelter, the pups, who are about four weeks old, withstood low temps, pouring rain, and howling winds before being rescued by police. Responding to a call from a good Samaritan, the Ottawa County Sheriff’s office discovered the pups huddled in a cardboard box on the side of the road near Holland, Michigan. … Read more

The post Abandoned Puppies Battle Raging Storm With Nothing But A Cardboard Box For Shelter appeared first on iHeartDogs.com. 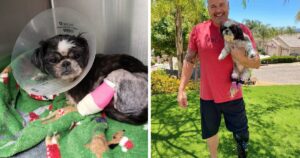 On March 6, 2021, the San Diego Humane Society’s Law Enforcement rescued two dogs from a home in Mira Mesa, California. Their back paws had been bandaged so tightly, blood flow was cut off. The dogs’ previous owner said it was to prevent them from licking and scratching, but ultimately both dogs needed to have their back paws amputated. Fortunately, one of these poor pups, Chloe the 9-year-old Shih Tzu, would end up finding a family that understands her. Mostly, … Read more

The post Shih-Tzu With Amputated Legs Rescued By Detective With Prosthetic appeared first on iHeartDogs.com. 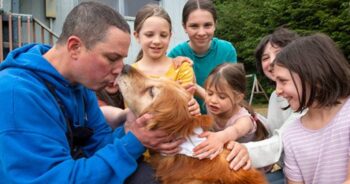 The Kubacki family lives in Sitka, Alaska with their sweet Golden Retriever Lulu. The dog has gotten up there in age, growing up alongside the kids in the family. Now a senior, Lulu has lost most of her sight. On June 18th, 2022, Lulu wandered off and was suddenly gone. The family worried immensely about their senior pup, who was now forced to navigate their Alaskan hometown without really being able to see. “She’s Just So Helpless” The more time … Read more