Earlier this week, members of a Memphis, Tennessee, neighborhood ran out into the streets to find an absolutely harrowing scene: a young dog, screaming in agony, running full-speed down the road on fire. Burning flames floating atop her body, neighbors ran to her rescue with garden hoses and buckets of pool water, attempting to put out the roaring blaze.
The Memphis Police Department was immediately called to the scene, and the injured pup, since named Riona, was taken to Bluff City Veterinary Specialists in critical condition. Staff reported that over 60% of Riona’s body surface was covered in burns, with fourth-degree burns on her face and neck and first-degree burns on the rest of her body.
Facebook
It seemed as though Riona was set on fire purposefully, as the staff at Bluff City Veterinary reported that her fur was saturated with the smell of diesel fuel. They also noted a ligature mark around her neck, indicating that someone had attempted to strangle her.
“Somebody set this dog on fire. Someone purposely set this dog on fire,” said Kylie Hunter, a Veterinary Technician at Bluff City Veterinary Specialists, “How is a dog just going to douse itself? And (knowing) that is when we were obviously devastated.”
Those involved in the initial rescue had not seen the dog before, though the many old and faded scars on her body indicated that she had suffered a lifetime of abuse at the hands of some unknown monster. Riona is thought to be just one year of age.
Facebook
Custody of Riona was granted to Tails of Hope Dog Rescue, a Memphis-based organization specializing in rescuing abused, abandoned, and neglected dogs. She is currently hospitalized at Bluff City Veterinary, where she is receiving heavy doses of pain medications and antibiotics.
A large portion of Riona’s body is covered in bandages that must be changed twice daily. The Memphis Police Department is relentlessly persuing any information that may lead to an arrest of the person or persons responsible for this heinous crime. In fact, Tails of Hope has raised enough money to offer a $2500 reward for any information that leads to an arrest.
Staff at Bluff City Veterinary Specialists report that, despite the unspeakable horrors she has faced, Riona has the sweetest personality and shows nothing but love to visitors:
“Riona is so loving to humans despite what a human did to her. Dogs are so much better than us.” – Tails of Hope
Facebook
Riona is expected to recover fully, though veterinary staff estimates that it may take two or more months. In the meantime, Tails of Hope Rescue is accepting donations towards the cost of her medical bills. We wish Riona a speedy recovery and sincerely hope that the absolute monster who did this is brought to justice swiftly.

The post The 3-3-3 Rule: What it is and how to do it by Debbie DeSantis, BAH, CPDT-KA appeared first on Dogster. Copying over entire articles infringes on copyright laws. You may not be aware of it, but all of these articles were assigned, contracted and paid for, so they aren’t considered public domain. However, we appreciate that you like the article and would love it if you continued sharing just the first paragraph of an article, then linking out to the rest of the piece on Dogster.com.

When your rescue dog first comes home, there are things you need to do to help him adjust to your home in the first three days, weeks and months and those things are covered in the 3-3-3 Rule.

The post The 3-3-3 Rule: What it is and how to do it by Debbie DeSantis, BAH, CPDT-KA appeared first on Dogster. Copying over entire articles infringes on copyright laws. You may not be aware of it, but all of these articles were assigned, contracted and paid for, so they aren’t considered public domain. However, we appreciate that you like the article and would love it if you continued sharing just the first paragraph of an article, then linking out to the rest of the piece on Dogster.com. 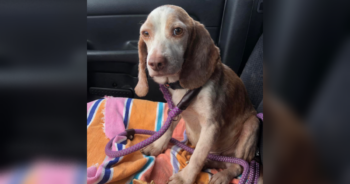 When a precious senior beagle was brought into the Senatobia-Tate County Animal Shelter in Mississippi, staff members immediately fell in love with his sweet face and gentle personality. The old pup, who was brought in by a Good Samaritan, was found wandering the streets of Mississippi all alone. Shortly following his arrival at the shelter, the beautiful beagle was given the name Vinny. After a warm bath and a hearty meal, Vinny was evaluated by the shelter veterinary staff to … Read more

The post Family Insists On Giving Terminally Ill Stray A Final Day Of Love Before He Passes appeared first on iHeartDogs.com. 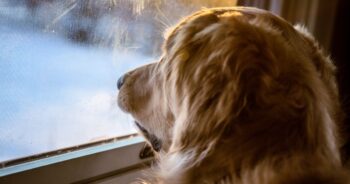 Most of us are already aware of just how much a dog can enrich your life. Our canine companions can certainly improve our mental health, and it turns out they can also make our communities safer! A recent study from Ohio State University has discovered that neighborhoods with more dogs have lower crime rates. Some may assume that this just refers to homes with intimidating pups, but there’s much more to it. It appears that the simple presence of dogs … Read more

The post Study Shows That Neighborhoods With More Dogs Have Less Crime! appeared first on iHeartDogs.com. 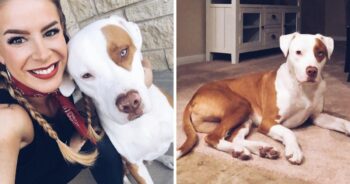 We all enjoy watching videos of dogs, cats, and other animals that make us smile. However, there are times when we must spread the word for safety’s sake and increase awareness in order to avoid future dog tragedies.   This is the story of Petey. Please meet Christina Young, who lost her beloved companion Petey and wanted to raise awareness among pet owners. After a terrible accident took Petey’s life, Christina said goodbye to him. She wanted other pet parents … Read more

The post Dog Passes After ‘Common Mistake’ And Dog Owner Posts Warning To Save Others appeared first on iHeartDogs.com.