WARNING: Content May Be Disturbing for Some Readers
Sadly, 2022 marks another year that the Yulin Dog Meat Festival continues. Every year, efforts are made to end dog meat consumption, but this event hasn’t been stopped completely. Yet, that won’t prevent animal advocates from fighting back.
Not only is the “festival” cruel to the animals killed, but it’s also linked to many illegal practices. China doesn’t have a nationwide ban on the consumption of dog meat yet, but the way these dogs are obtained and slaughtered isn’t legal or humane.
Facebook
Another Year of Horrific Practices
The current Yulin Dog Meat Festival began on June 21st, 2022. 2009 marked the first year of this event, and it has no cultural significance in China. The majority of the country doesn’t consume dog meat, but a small group of people continues to show up for this foul tradition.
In 2020, China’s Ministry of Agriculture released a statement saying that dogs and cats are considered companions and not livestock. Thus, no canine slaughterhouses can exist in the country. So, the thousands of dogs set to be slaughtered this year are coming from meat farms in other countries. Many of them are also stolen pets.
Facebook
“The majority of dogs caught up in the trade are family or ‘owned’ pets and strays snatched from the streets. Dog thieves use a variety of methods, including poison, dragging dogs from back yards, and drive-by grabbing of animals, to sell to traders and restaurant owners. Once they have accumulated enough, the dogs and cats are crammed in small cages in their hundreds unable to move, and piled on the back of trucks,” said Peter Li from the Humane Society International.
Dogs crossing the China border must have individual health certificates, but of course, these stolen and abused dogs never do. So, people break the law to sneak the dogs into the country for this disgusting event. Many of the dogs are killed in the cruelest ways possible for convenience. It’s time to put an end to this unnecessary suffering.
Facebook
386 Dogs Rescued, Hundreds Still At Risk
Police intercepted a vehicle full of dogs shortly before the Yulin Meat Festival was scheduled. They found 386 dogs shoved into wire cages with no health certificates. The dogs were suspected to have infectious diseases, so they needed to be quarantined after being removed from the truck.
“It was horrifying to see so many dogs in such an appalling state, it was like a truck from hell for these poor animals. The dog meat slaughter brings shame on our country and so we will keep fighting until we see an end to this suffering,” said animal activist Lin Xiong, who watched the truck get pulled over.
Facebook
RELATED: Dozens Of Golden Retrievers And Corgis Bred For Slaughter Are Given A Miracle
All the dogs are now at Beijing’s Capital Animal Welfare Association. They will get a second chance at life, but unfortunately, hundreds of other dogs made it to the Yulin “festival” to meet their demise. Animal welfare volunteers won’t rest until the dog meat trade ceases to exist.
To fight the dog meat trade and support the dogs that were saved, you can donate to the Humane Society International. With enough support, dog lovers will one day put an end to this heartless event. 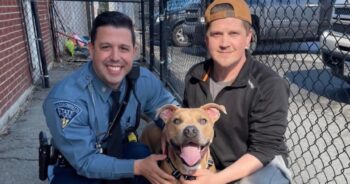 When Massachusetts beachgoers discovered that a dog had not only been abandoned, but that he was inescapably tied to a metal rod on a dangerous part of the beach, they weren’t sure what to think. What they did know was that this poor Pit Bull was in need of immediate rescue. Thanks to their kindness, the pup, once left for dead, has now found the family of his dreams. To be abandoned is one form of atrocious abuse, but then … Read more

The post Man Has Sickening Excuse For Leaving His Dog To Drown On A Massachusetts Beach appeared first on iHeartDogs.com. A man had finally settled into his new town, but something still felt missing from his life. He thought getting a companion in the form of a shelter dog might help. So he did just that. He went to the shelter where a black Lab named Reggie needed a home. But they didn’t hit it off right away.   The man gave it two weeks (the amount of time the shelter said it may take for the dog to adjust … Read more

The post Man’s About To Return Shelter Dog When He Reads Previous Owner’s Note appeared first on iHeartDogs.com. California is no stranger to the happenings of wildlife. With a vast array of landscapes and sprawling neighborhoods taking over much of the area, Tujunga, California sits within the borders of Los Angeles. Despite the bustling city life, wildlife still calls the city it’s home. Unfortunately, that spells trouble for many four-legged family members. One family learned this lesson the hard way when their Doberman was recently the victim of a brutal attack. A Sneak Attack Just Before Dawn The … Read more

The post Dog Friendly Apple Picking Do’s and Don’ts by Kristina Lotz appeared first on Dogster. Copying over entire articles infringes on copyright laws. You may not be aware of it, but all of these articles were assigned, contracted and paid for, so they aren’t considered public domain. However, we appreciate that you like the article and would love it if you continued sharing just the first paragraph of an article, then linking out to the rest of the piece on Dogster.com.

Apple picking is a favorite fall activity — and one that you can share with your dog! Check out these do’s and don’ts before heading to dog friendly apple orchards.

The post Dog Friendly Apple Picking Do’s and Don’ts by Kristina Lotz appeared first on Dogster. Copying over entire articles infringes on copyright laws. You may not be aware of it, but all of these articles were assigned, contracted and paid for, so they aren’t considered public domain. However, we appreciate that you like the article and would love it if you continued sharing just the first paragraph of an article, then linking out to the rest of the piece on Dogster.com. 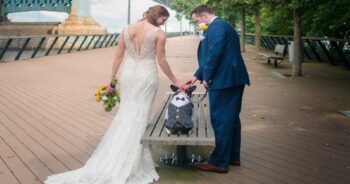 A new survey recently released by Yappy.com has revealed that it’s incredibly popular for young couples to make their canine companions part of their wedding ceremony.  While this wasn’t always so common, it makes sense why so many pet parents would want to include their precious pups as part of their “special day.” Our dogs are so much more than just pets; they’re beloved family members. Of course, you want to include those you love the most in your wedding. That’s … Read more

The post Survey Shows 1 in 3 Couples Are Including Their Dogs In Their Wedding appeared first on iHeartDogs.com. 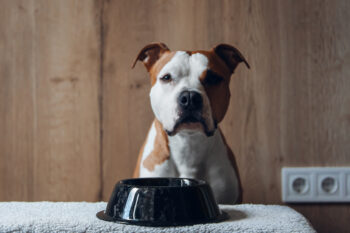 Dealing with your pit bull’s food allergies can be beyond frustrating! We asked our 800,000 members pit bull community on facebook the following question: “Those of you with pit bulls who have allergies…. what food do you use and why?” We received hundreds of replies, and summarized the top 20 responses here. As always, be sure to consult your veterinarian before making any health changes to your pit bull’s diet. iHeartDogs is reader supported, so some of the links below … Read more

The post 20 Best Foods for Pit Bulls with Allergies appeared first on iHeartDogs.com.