Bentley is a 135-pound dog, so he stands out no matter where he is. But he doesn’t let that stop him from going on adventures as he pleases. One day, the massive mixed breed escaped his Florida home and wandered over to Dollar General to see what sales they had. He browsed the store for hours, and when it was time to leave, he refused to budge.
The Dollar General staff didn’t want to force their four-legged customer out of the store, but they also didn’t want him roaming the streets alone. So, they asked the police for help, which led to the cutest body camera footage.
Facebook
An Unusual Customer
The giant canine managed to break a gate at his house and take himself for a walk. He decided to go to a Dollar General that was a few blocks away. He walked in through the automatic doors and began browsing the shelves on his own.
Since he wasn’t bothering anyone or trying to steal anything, the staff let him roam around to see if his humans would come to find him. After a few hours, Bentley was still in the store, but it was closing time. He refused to accept that all customers needed to exit the business, and he didn’t have a ride home.
RELATED: Sisu & His Stuffed Sidekick Venture To Virginia And Inspire Acts of Kindness
Facebook
So, the workers were left with no choice but to call the cops on the customer who was refusing to cooperate. When the Bradenton Police arrived, one of the officers had a body cam on to record the unusual predicament. Right away, the staff showed them the dog in the back room of the store. Luckily, Bentley is very friendly, but he was having such a good time that he didn’t want to leave!
The police officers spent a while trying to figure out what to do. After walking around the store with the dog for a while, they put a leash on him and guided him out the front doors.
Finally Closing Time
Luckily, Bentley was able to walk away from that night without any trouble. His humans showed up shortly after the police officers brought him outside. Bentley’s dad had been worried sick about the pup, so he’s grateful that the Dollar General staff and the police officers took such great care of him.
Facebook
Bentley didn’t mean to run away from home. He just wanted to see if Dollar General sold his favorite toys and treats. Then, he ended up getting too comfortable at the store. Since he has such a sweet face, no one can stay mad at him for holding up closing time.
Now, Bentley is back home with a great story to tell. According to police officers, he has a microchip, so if he ever tries to sneak away again, he’ll hopefully find his way home even if he doesn’t end up at his favorite store.
Watch the Body Camera Footage Here: 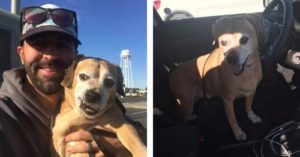 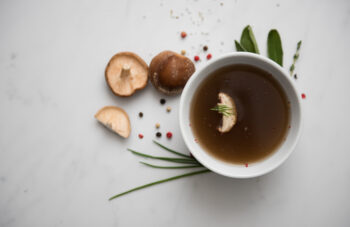 The post Pet Insurance in Connecticut appeared first on iHeartDogs.com. 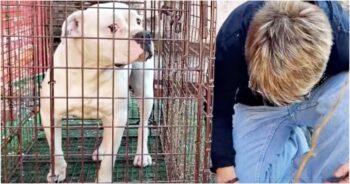 There is never a justification to leave an animal behind, yet it happens too often. A white Pit Bull was reported coming in and out of a rundown home in a crime-ridden neighborhood. The residence was on its last legs, but the dog would not leave the one place where she felt secure. Stray Rescue of St. Louis was called to check out the situation.   Image/Story Source Credit: Stray Rescue of St. Louis (Official) via YouTube Video     … Read more

The post Uneasy Woman Knelt Down Near Growling Pit Bull, Readied Herself To Open Door appeared first on iHeartDogs.com.

The post What Are Pet Transportation Services? by Anna McClain appeared first on Dogster. Copying over entire articles infringes on copyright laws. You may not be aware of it, but all of these articles were assigned, contracted and paid for, so they aren’t considered public domain. However, we appreciate that you like the article and would love it if you continued sharing just the first paragraph of an article, then linking out to the rest of the piece on Dogster.com.

Whether it’s a medical emergency or a trip across the country, pet transportation services make your trip with your dog easier. Here’s how to find the best ones.

The post What Are Pet Transportation Services? by Anna McClain appeared first on Dogster. Copying over entire articles infringes on copyright laws. You may not be aware of it, but all of these articles were assigned, contracted and paid for, so they aren’t considered public domain. However, we appreciate that you like the article and would love it if you continued sharing just the first paragraph of an article, then linking out to the rest of the piece on Dogster.com.