This is not just another story about how dogs impact our lives in a positive way. It’s a story that will grip and pull on your heart strings. Please be sure to watch the video below all the way to the end, we promise an amazing happy ending!


Caleb was traveling with his parents and siblings when a negligent driver swerved into their lane, colliding with their car. The young driver, who was just a kid himself, unintentionally took the lives of Caleb’s mother and both of her children, but six-year-old Caleb miraculously survived. His injuries were nevertheless severe enough to be life threatening.


Although he was the only surviving member, Caleb had sustained serious injuries. While his fractured bones would mend, his traumatic brain injury might result in death, paralysis, and brain damage, which went on for a long time. To assist him, Caleb’s father and grandmother did whatever it took; however, each day was a struggle.


Nobody knew what the result of these two approaches would be. The doctors suggested a non-traditional therapy by using a canine. To see if having a dog by Caleb’s side might stimulate activity and, in turn, healing, the medical team wanted to try basic interaction. While he was hesitant, Caleb’s father agreed.

Colonel, a golden retriever, served as an inventive and non-invasive way for Caleb to obtain “medicine.” The dog sat beside him quietly with his trainer Susan. They waited for Caleb to react in some manner, but it did not take long at all.


Even when Colonel lay on Caleb’s hospital bed, wiggling his way almost onto Caleb’s tiny body to keep him company, and even attempting to mount him while asleep, Caleb reacted. His heart rate increased, and his respiratory function improved. Something wonderful was happening, and it was all thanks to the only modification in Caleb’s routine: Colonel.

The boy glowed whenever Colonel came to see him. The medical team was shocked. Caleb quickly became more awake, wanting to sit up and interact with the adorable dog. Colonel influenced Caleb in an inexplicable manner both physically and emotionally.


Caleb was playing catch with Colonel. And giggling! Sure, it took time and patience– as well as a team of doctors to family– but it was Caleb who truly connected to him on another level that itself encouraged healing. The tale only gets better from here!


The video below is going to WARM your heart! Please be sure to watch until the very end!

Please ‘SHARE’ this story with a friend or family member!
The post Boy With Brain Injury Won’t Wake Up, Family Says ‘Goodbye’ As Dog Lay On Top Of Him appeared first on iHeartDogs.com. 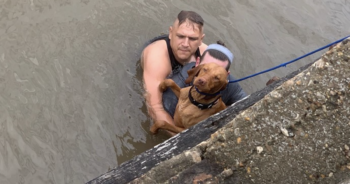 Ben Poole from the UK has been training almost his entire life to be a boxer. However, his skills were recently needed for a rescue mission that he never would’ve expected. He spotted a dog drowning along the Gorleston’s riverside. The pup’s owner had jumped in after the dog, but now both of them were unable to escape. Without thinking twice, Poole jumped in after them. For a few moments, he was worried that he would drown too, but he … Read more

The post Boxer’s Instincts Kick In When He Sees Man And Dog Drowning appeared first on iHeartDogs.com. 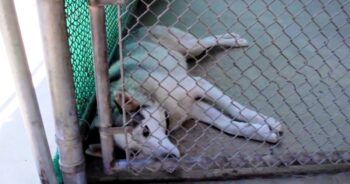 It was an unlikely sight for shelter workers when they found a beautiful purebred Husky named Nate roaming the streets like a stray. However, it was soon established that Nate was very different from other homeless dogs. His hollow and haunted eyes clearly spoke of a disturbing past, and he was extremely skittish and shut himself down. Please meet Nate, this is his story!   Image/Story Source Credit: YouTube Video   When the workers scanned Nate for a microchip, his … Read more

The post She Thought He Was Another Abuse Case, But His Microchip Scan “Freaked Her Out” appeared first on iHeartDogs.com.

This harness, the haqihana harness, was a real surprise to me. It wasn’t actually something I’d heard of until Clean run reached out to me. When they did, I was a little cautious because it looks pretty spartan, and I’m often not a huge fan of harnesses that aren’t padded, and don’t have multiple points […]

The post How to Remove a Tick from a Dog and Prevent Tick Borne Disease  by Victoria Arnold appeared first on Dogster. Copying over entire articles infringes on copyright laws. You may not be aware of it, but all of these articles were assigned, contracted and paid for, so they aren’t considered public domain. However, we appreciate that you like the article and would love it if you continued sharing just the first paragraph of an article, then linking out to the rest of the piece on Dogster.com.

The post How to Remove a Tick from a Dog and Prevent Tick Borne Disease  by Victoria Arnold appeared first on Dogster. Copying over entire articles infringes on copyright laws. You may not be aware of it, but all of these articles were assigned, contracted and paid for, so they aren’t considered public domain. However, we appreciate that you like the article and would love it if you continued sharing just the first paragraph of an article, then linking out to the rest of the piece on Dogster.com.