When Lexi Johnson, a volunteer foster for Ruff Start Rescue, was presented with the opportunity to take in pregnant pup Poppy, she was thrilled. As a dog lover, and as someone who studied animal behavior, she had always wanted to foster a pregnant mama dog.
Her heart was bursting, and she excitedly shared the news with her friends and family.
Image Credit: Lexi Johnson/ FacebookThen, about one week after she came to live with Lexi, the beautiful Lab Mix birthed ten healthy puppies. Lexi even appointed herself as her “doggy doula” and helped mama Poppy through it all. Poppy was an amazing mother, and was so strong during her long labor.
But unfortunately, shortly after she had her precious puppies, Poppy unexpectedly passed away. This left all ten newborn puppies motherless. Lexi’s heart was shattered.
Image Credit: Lexi Johnson/ Facebook
“We frantically started figuring out our next move with the babies. Another volunteer was over until 11:30 that night helping bottle feed. And throughout the evening my husband and I were up every three hours getting food in their bellies… and it was taking over 1.5 hours each time,” wrote Lexi.
When newborn puppies are left without a source of milk, they need to be fed a special formula every couple of hours. Because Poppy had such a large litter, this task was requiring close to constant care. So, in order for them to best tend to Poppy’s ten puppies, some of them had to be spread out among multiple volunteers. An entire team of fosters had to come together to care for the large litter of orphaned pups.
Image Credit: Lexi Johnson / FacebookNot long after Poppy passed away, another mama dog within Ruff Start Rescue was experiencing her own heartbreak. Pepper, also a Lab Mix, had given birth to her own litter of precious puppies. But sadly, they did not survive. Rescue volunteers shared that after losing her litter, Pepper was “devastated” and she started to “grow very depressed.” They hoped that Pepper could be the miracle that Poppy’s puppies needed.
“When she got to our house, we brought her in the puppy room and she immediately sat next to the litter. I started placing puppies around her and she laid down and the puppies instinctively hobbled towards her and started nursing,” shared Lexi.
Image Credit: Lexi Johnson / FacebookUnder Lexi’s watchful eyes, they introduced Pepper to the litter of puppies. And after only five minutes, she started tending to them as if they were her own! Pepper didn’t hesitate to immediately begin cleaning and loving on them. They even instinctively began nursing. It was a match made in heaven.
Image Credit: Lexi Johnson / FacebookWhile all the puppies were thriving with their foster humans, the best place for them is with a mama who can give them milk, and teach them behaviors and “puppy things” that we as humans simply cannot. Pepper was exactly what these lucky puppies needed, and with them, she got to be the mother she hoped to be. It’s hard not to shed a couple of tears thinking about how appreciative Poppy would be of Pepper taking on her mama role.
“I couldn’t have done it without a village of people- and everyone is simply so grateful for the happy outcome,” wrote Lexi.
Image Credit: Lexi Johnson / FacebookThe puppies will be at their foster home with Lexi until they are adoptable at eight to ten weeks old. Then, they will be listed on the Ruff Start Rescue website.
H / T: kare11.com
Featured Image: Lexi Ruhland / Facebook
The post Mama Dog Who Lost Her Litter Is A Miracle For Ten Orphaned Puppies appeared first on iHeartDogs.com.

Does your dog have Scottish ancestry? If so, it might be fun to find a name that harks back to Scotland. We’ve fetched some fun options for Scottish dog names ranging from the most popular male and female names in Scotland to Scottish castles and kings and Gaelic words for a unique dog name all …

This post first appeared in DogTipper.com. Link to original post: Scottish Dog Names – 500+ Names for Your Lad or Lass! 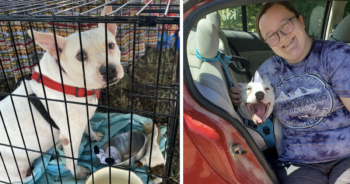 Every dog’s shelter stay is different. Some get adopted as soon as they’re on the website while others wait for years. Yet, it’s unlikely that many dogs have stayed at a shelter longer than Jill, the white Pit Bull. Jill was found as a stray puppy, and she spent the next ten years of her life waiting for someone to adopt her. She was loved at the shelter, but she always dreamed of more. Some dogs might have given up … Read more

The post Sweet Pit Bull Gets Her Independence After 10 Long Years In A Shelter appeared first on iHeartDogs.com.

Pet friendly Flagstaff is nestled at the base of the San Francisco peaks at 7,000 feet in elevation. From its historic downtown, you’ll have easy access to mountain wilderness, scenic trails, national parks, and more!   Outdoor adventurers, history buffs, aspiring astronomers, foodies, and local brew enthusiasts all find Flagstaff, Arizona to be a fantastic […]

The post Pet Friendly Flagstaff: What To Do, Where To Stay, Places To Eat appeared first on GoPetFriendly.com.

Whether you are searching for British names for your new puppy from an English dog breed–or you have fallen in love with the England (or British TV!) and would like to give your dog an inspired name–we’ve rounded up some of the best British dog names. From British slang and candy to the most popular … 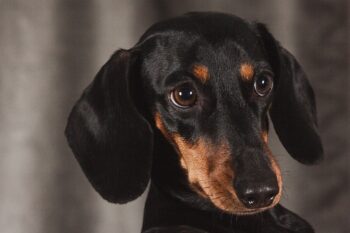 There are few things worse than dealing with diarrhea in your dachshund! We asked our 800,000 members from dachshund community on facebook the following question: “What’s the best food for a dachshund with a sensitive stomach?” We’ve summarized the best responses below. Always remember to check with your veterinarian before making changes that affect your dachshund’s health. iHeartDogs is reader supported, so some of the links below may be paid affiliate links at no additional cost to you.  30 Best … Read more

The post 30 Food Recommendations for Dachshunds with Sensitive Stomachs appeared first on iHeartDogs.com.