VanBuren is a sweet, outgoing Pit Bull-type puppy who loves giving kisses and is eager to please the people around him. So, how did he end up trapped in a black wire cage semi-submerged in a river with a badly broken leg?
According to his caretakers at Michigan’s Jackson County Animal Shelter, VanBuren was lucky. Had someone not spotted the pup and contacted animal control before the area’s recent bout of rain, he likely would have drowned in the rising water.
RELATED: Dog Found Chained To A Cinder Block & Left To Drown
Facebook
“Full of Wiggles and Kisses”
Once he arrived at the Jackson County Animal Shelter, VanBuren was checked over by veterinary staff. They discovered that the dog’s right front limb had a “nasty break.”
The pup, who is estimated to be about five to six months old, seems to have no lasting physical or emotional scars from his ordeal. His leg and the few cuts and scrapes he suffered are expected to heal up nicely. More importantly, he is still loving and trusting towards people.
” He is absolutely a wiggle bottom and full of kisses for everyone,” Jackson County Animal Shelter spokesperson Lydia Sattler told the Huffington Post.

VanBuren Finds a Forever Home
Soon after his rescue from the river, VanBuren’s friends at the shelter deemed him ready for adoption, writing on Facebook:
“We know he would heal much better in a home and there’s no reason he has to wait to be adopted! JCAS will continue the medical care for his leg post adoption.”
He has since found his forever family and if this photo is any indication, he’s pretty happy with them!
Facebook
How to Safely Rehome a Dog
While VanBuren’s story has a happy ending, most abandoned dogs—especially those placed in dangerous situations like this—aren’t so lucky. If the river had been higher or VanBuren had not been found when he was, this tale could have ended in tragedy.
His previous owner may have intended to “put him out of his misery” due to his broken leg. They may have felt ashamed relinquishing him to a shelter or rescue. However, no matter the circumstances, the safety of the dog should always come first.
If you or someone you know is faced with rehoming a pet, please do so carefully and responsibly. For those who are struggling with vet bills, the resources in this post could help you keep your pup at home.
If you are still unable to keep your dog, contact the shelter or rescue you adopted them from first. Many organizations require that pets be returned to them if the adopter’s circumstances change and they are unable to continue the animal’s care.
Those who obtained their dog from a breeder or other source may be tempted to list them on Craigslist or social media, but this can allow your pet to fall into dangerous hands. Your best option is to rehome your dog with a trusted friend or family member. Otherwise, contact a reputable rescue organization in your area for assistance.
The post Someone Locked This Dog In A Cage And Threw Him In A River appeared first on iHeartDogs.com. 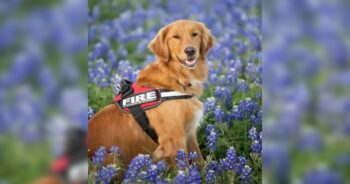 It was one first responder’s unlucky day when he accidentally locked himself outside of the Public Safety building at night. But lucky for him, fire dog Koda was on the lookout and was there at the exact right moment to save the day. Surveillance cameras captured how the super-smart Golden Retriever was able to jump up, unlock the door, and let a stranded firefighter inside.   This awesome video clip is absolutely smile-worthy. (Especially when she’s excitedly wagging her tail at … Read more

Nothing is more frustrating than finding a flea or tick on your beloved dachshund. In addition to driving your dachshund crazy, fleas and ticks can carry dangerous parasites and threaten the health of your beloved pup. In this article, we’ll discuss a strategy for naturally preventing fleas and ticks from bothering your dachshund. In addition we’ll discuss the pros and cons of using natural methods compared to traditional chemical based pesticides. Why Many Dachshund Parents Are Turning To Safer, Natural … Read more

These festively furry holiday gift tags will have your recipient just as impressed with the gift tags as the gift itself.

A jogger in Branford, Connecticut found a lonely dog on their morning run. The white Pit Bull mix was alone in a parking lot, sleeping on an old towel. No one was around and the dog seemed malnourished and in pain. So, the jogger called animal control to alert them of the situation. Officials suspect the dog was abandoned the night before, left to fend for himself during one of the coldest nights of the year. On top of all … Read more

The post Abandoned Pit Bull With Frostbite Clings To Towel For Warmth appeared first on iHeartDogs.com.