A van decorated like a bus with pictures of dogs in the windows seems like it would be easy to spot. Yet, that didn’t stop someone from stealing it and driving away with some dogs still inside.
Joshua Nichols is the owner of Tail Blazers University, a dog training, daycare, boarding, and grooming company in Massachusetts. He’s been in business for many years, but one small mistake put some dogs at risk. Nichols left the van running with two dogs inside when he stopped at the hardware store. When he came back out, the vehicle had vanished.
screenshot, boston.cbslocal.com
Daycare Van Disappears
Two Poodle mixes named Frida and Tessie were inside the van when it was stolen. The two dogs were on their way to an off-leash training session, and it was Tessie’s first time training with the company. When Nichols stopped to run a quick errand, he left the vehicle running because he didn’t want the dogs to be hot.
It didn’t take long for a woman to hop in the van and drive off. However, she seemed to be more interested in using the van to get a ride rather than stealing the dogs. Nichols felt awful because he had to contact the owners of the dogs to share the horrific news.
“I’m heartbroken, and I don’t know what to do right now,” Nichols said when the van went missing.
screenshot, boston.cbslocal.com
Later, officials spotted the vibrant-colored van driving erratically on the interstate. That night, about five hours after it went missing, the police located the vehicle in Pawtucket, Rhode Island. Whoever had stolen the van abandoned it there.
Dogs Found Safe!
Luckily, both dogs are doing well after the scary incident. They shared an emotional reunion with their families, who were worried sick for hours. Both dogs were overjoyed to see their humans again.
“You have no idea how relieved we are we all,” Nichols said. “Nothing else mattered — just trying to find those dogs. These are clients’ dogs. Those were tough phone calls to make out of the gate… it’s just great news we got the dogs back.”
screenshot, wcvb.com
RELATED: Thief Steals Van With A Dozen Daycare Dogs Inside
Police have a person of interest, but they haven’t made any arrests yet. The person they think did it was a woman who got out of the courthouse and started looking for rides and money. They suspect that when she couldn’t find a ride, she stole the running van. Her current location is unknown, but police are continuing to look for her.
Featured Image: screenshots, boston.cbslocal.com
The post Doggie Daycare Van Stolen With Scared Pups Still Inside appeared first on iHeartDogs.com. 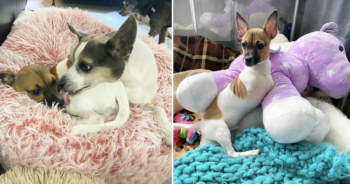 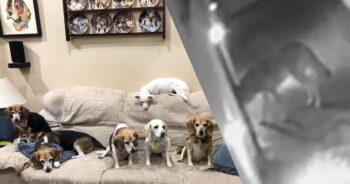 A woman in the Woodland Hills neighborhood of Los Angeles unknowingly played foster mom to one additional canine this week when a bold coyote scaled her 6-foot privacy fence and entered her home through the doggy door. Julie Levine runs a non-profit called Canine Rescue Connection, which specializes in rehoming Beagles. The coyote was caught on Levine’s Ring cameras brazenly entering the home in the middle of the night while she and the dogs were sleeping. “The dogs went crazy, … Read more 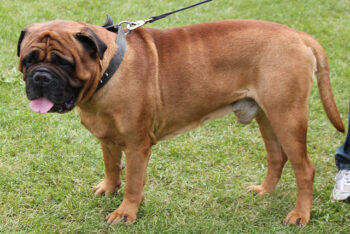 iHeartDogs is reader-supported. When you buy via links on our site, we may earn an affiliate commission at no extra cost to you. Mastiffs are, of course, known for their intimidating size and strength, but this loyal breed loves its pack members fiercely, and the giant dogs are even great with older children (old enough not to be accidentally knocked down during playtime.) As long as you don’t mind a little slobber, the Mastiff is a wonderful, loving dog capable … Read more

Hiking is one of my favourite things to do with my dogs – but there are definitely rules to the trail. Hiking is a fantastic way to give those muscles a good workout while enjoying the great outdoors. What’s not to love, right? Sunshine, fresh air, a whole host of new smells for your dog and […]

The post Pet Insurance in Maine appeared first on iHeartDogs.com.